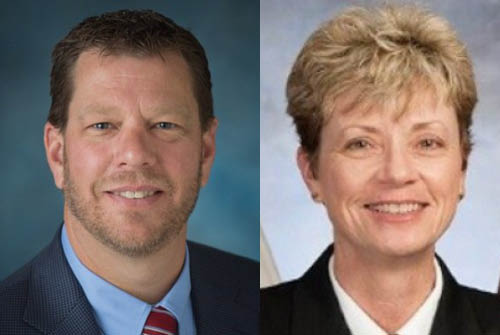 Cliff held various positions at CARB until appointed to the California Department of Transportation as the inaugural Assistant Director for Sustainability in 2014.

He subsequently returned to CARB in 2016 as senior advisor to CARB’s board chair before becoming deputy executive officer, overseeing the development and implementation of regulations for a wide variety of vehicle and equipment emissions.

Phillips most recently served as the first special assistant to the Governor of Virginia for Coastal Adaptation and Protection.

She developed Virginia’s first Coastal Resilience Master Plan. In particular, she coordinated across federal, state, local and other partners to create “equitable strategies” to address rising waters and climate impact to federal, maritime, and other critical coastal infrastructure assets in Virginia.

Phillips also served nearly 31 years on active duty in the U.S. Navy. She served as Commander of Expeditionary Strike Group TWO as her final flag command: a group that included 14 ships and 10 subordinate commands as part of the Amphibious Expeditionary Forces serving on the U.S. East Coast.

Each now awaits confirmation by the Senate.