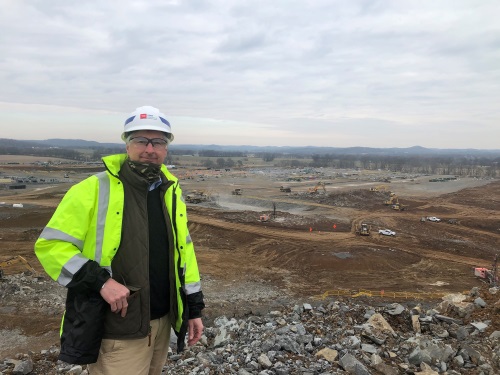 Governor Bill Lee (R) recently named Clay Bright (seen above) – commissioner of the Tennessee Department of Transportation – to serve as the CEO of the Megasite Authority of West Tennessee.

The authority will provide services necessary for operation and development of Ford Motor Company’s $5.6 billion investment at the Megasite of West Tennessee.

Because of Bright’s appointment, Joe Galbato – the current chief of the bureau of administration for the Tennessee DOT – will serve as interim commissioner.

Analysis from the Center for Economic Research, a division of the Tennessee Department of Economic and Community Development, projects Ford’s investment will result in significant economic gains for Tennessee –including capital investments on buildings and other real property improvements.

“The Megasite Authority will ensure the success of this historic project, and Clay brings the dedication and expertise needed to lead that group,” said Gov. Lee in a statement. “His proven success in managing complex projects, successful tenure at the Department of Transportation, and dedication to serving Tennesseans make him the perfect fit.”

Prior to his appointment as commissioner in 2019, Bright spent 36 years with Brasfield & Gorrie, one of the nation’s largest construction firms. Under his leadership, the Nashville office he founded completed over $3 billion in construction projects and expanded to employ over 200 people.

Bright was involved in the development of many of Nashville’s most notable construction projects, beginning with the iconic Bellsouth (AT&T) building in 1990 and later including the Bridgestone Tower, Country Music Hall of Fame Expansion, Roundabout Plaza, Suntrust Plaza, Tractor Supply Headquarters, and many more.