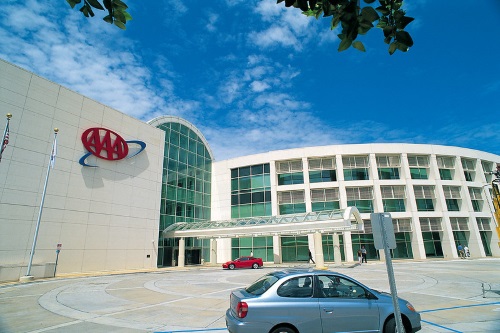 A new AAA Foundation for Traffic Safety report finds several unsafe driving behaviors – including red light running, drowsy driving, and driving impaired on cannabis or alcohol – declined over the past three years. Meanwhile, the same report found that several other problematic behaviors, such as speeding and using a handheld cell phone, have not.

[Above image via AAA]

The new data is from the AAA Foundation’s annual Traffic Safety Culture Index or TSCI, highlighting the gap between drivers’ attitudes and reported behaviors.

AAA noted that its annual TSCI – conducted since 2008 – identifies attitudes and behaviors related to traffic safety. The survey – administered between October 23 and November 23, 2020 – sampled more than 2,800 licensed drivers ages 16 or older who reported driving in the 30 days before the survey.

“Based on self-reported driving behaviors from our annual survey of traffic safety culture, it is encouraging to see more drivers recognize the danger of certain activities behind the wheel,” said Dr. David Yang, executive director of the AAA Foundation for Traffic Safety, in a statement. “However, the ultimate goal is to see the majority of drivers form safe driving habits and practice them.”

While fewer Americans took to the roads in 2020 due to the pandemic, those that did appeared to take greater risks, AAA’s report found – which may be one reason behind the recent spike in crash fatalities reported by the National Highway Traffic Safety Administration.

The agency said 20,160 people died in motor vehicle crashes in the first half of 2021, up 18.4 percent over 2020. That is largest six-month increase ever recorded in the Fatality Analysis Reporting System’s history, NHTSA noted in a statement, with the agency adding that the total number of projected fatalities is the largest six-month total since 2006.

In addition to the traffic fatality data, NHTSA also released behavioral research findings that indicate speeding and traveling without a seatbelt remain higher than during pre-pandemic times.