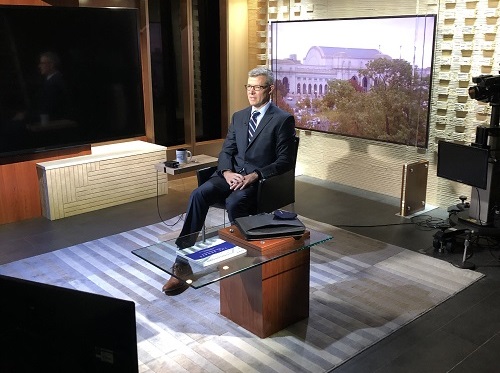 Jim Tymon (seen above) – executive director of the American Association of State Highway and Transportation Officials – stressed the critical importance of passing long-term surface transportation reauthorization during a television interview with C-Span’s Washington Journal on November 2.

“States and localities have stepped up and increased funding for transportation infrastructure over the last several years, but the federal government has not,” he explained.

Tymon said that what is frustrating about short-term federal extensions of surface transportation funding is that it does not allow state departments of transportation to plan for large projects.

“If they know they are only going to get 30 or 40 days of funding through a short-term extension, it is hard to go out there and commit to a project that will take two or three years to build,” he explained. “That is why it is so important for Congress to get a long-term infrastructure bill passed that provides states and localities with five to six years of funding predictability. This way, state DOTs can take on the large transportation projects the American people want us to take on.”

That’s why passage of the $1.2 trillion the “Infrastructure Investment & Jobs Act” or IIJA is so critical to the long-term economic needs of the country, Tymon stressed.