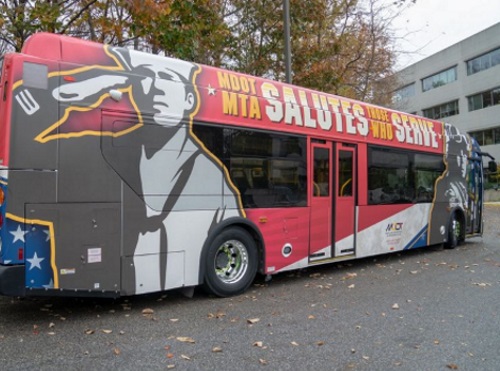 The Maryland Department of Transportation recently unveiled a new mobile application via its Commuter Choice Maryland division aimed at helping commuters save time and money, while also earning cash rewards when they take transit, rideshare or use other alternatives to single-occupancy vehicles in their rush hour commute.

[Above photo by the Maryland Transit Administration]

Dubbed the incenTrip app, it is available for iOS and Android devices via Google Play and the App Store.

The agency noted in a statement that state residents can use the app to earn points toward cash rewards – all while reducing traffic congestion and vehicle emissions – by increasing their use of public transportation, carpooling, vanpooling, walking, biking or using alternative work schedules whenever convenient.

The incenTrip app awards points based on the mode of transportation and time traveled, accounting for how the trip maximizes congestion relief. The app awards points for trips during weekday peak periods between 6:30 a.m. to 9:30 a.m. and 4 p.m. to 7 p.m., Monday through Friday, excluding federal holidays.

Once users cross a point threshold equating to $10 or more, they can redeem the points for cash at increments of $10, $25 and $50, the agency said.

The Maryland DOT noted it developed the incenTrip app and rewards program in collaboration with the Maryland Transportation Institute at the University of Maryland and the Commuter Connections program managed by the Metropolitan Washington Council of Governments.