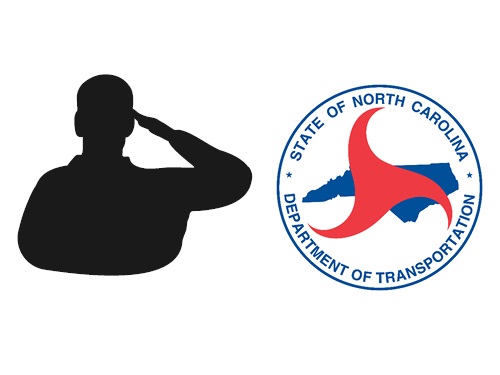 “We proudly support our nation’s heroes, who have made sacrifices in defense of our country and for our freedoms,” noted Eric Boyette, NCDOT’s secretary, in a statement. “We’re grateful our efforts at being a military friendly employer have been recognized.”

The more than 560 military veterans and reservists employed at NCDOT means that nearly 6 percent of the agency’s workforce of more than 9,200 permanent, full-time employees has military experience.

Boyette added the leadership and experience brought by military veterans, reservists, and military spouses are helping his department “become a national leader” in the transportation industry.

More than half of NCDOT’s veterans work in operations and trades, which include engineering technicians, transportation workers and law enforcement officers, the agency noted.

According to Dan DeMaio Newton, NCDOT’s workforce development specialist, the department has improved its ability to attract and retain veterans by increasing outreach to veterans and military spouses – adding that state legislation passed in 2013 improves NCDOT’s ability to gives eligible veterans preference in hiring over other applicants.

In addition, NCDOT maintains has dedicated resources focused on military and veteran recruitment, and the department takes into consideration military experience in lieu of education, noted Amanda Olive, the agency’s human resources director.