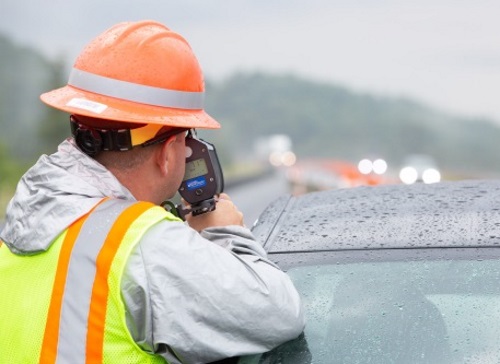 NYSDOT said “Operation Hardhat” is a yearly joint law enforcement effort that seeks to crack down on work zone violations while highlighting the importance of safe driving when encountering construction, maintenance, and emergency operations along state highways.

That new record comes as New York State continues to experience an alarming number of work zone intrusions and further highlights the need for motorists to slow down and drive carefully through work zones, noted NYSDOT Commissioner Marie Therese Dominguez.

“Day after day our highway crews work in dangerous conditions so that the rest of us can travel through our great state safely,” she said in a statement. “It is on motorists to stay alert, put down their cell phones, obey speed limits and drive safely through these work zones so that our road crews can do their jobs and go home to their families.”

“It’s imperative that motorists obey posted speed limits and stay alert when driving through work zones,” added Thruway Authority Executive Director Matthew Driscoll. “As these results from Operation Hard Hat indicate, too many motorists are speeding and driving distracted when traveling through work zones and putting lives at risk.”

During Operation Hardhat, members of law enforcement patrol NYSDOT and Thruway work zones to enforce work zone speed limits and ensure that motorists are obeying flagging personnel. Of the 2,336 tickets issued during 2021, state troopers issued 2,201 – a significant increase from the 1,803 issued 2020 – with 135 tickets issued by local law enforcement agencies.

The top violations citied included speeding (855 tickets), using a cell phone while driving (434 tickets), failure to wear a seatbelt (254 tickets) and failure to move over (167 citations).

However, in September, Governor Kathy Hochul signed legislation that established a pilot program to use automated speed violation monitoring systems in work zones.