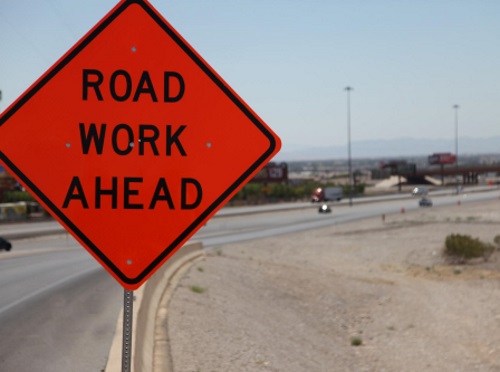 The Infrastructure Investment and Jobs Act or IIJA signed into law by President Biden on November 15 is set to provide a broad sweep of funding across America’s entire multimodal transportation system, according to the U.S. Department of Transportation and various state departments of transportation across the country.

To that end, the USDOT issued state-by-state fact sheets on November 18 detailing the transportation benefits for communities nationwide. The agency also released its latest round of Rebuilding American Infrastructure with Sustainability and Equity or RAISE program awards as well.

The Federal Transit Administration within the USDOT, for example, said the IIJA “marks an inflection point” for America’s transit networks – providing up to $108 billion, the most significant federal support for transit in the nation’s history, the agency said.

FTA noted the IIJA would boost transit funding for communities all over the country by an average of 30 percent while helping transit agencies reduce their current maintenance backlog by 15 percent and replacing more than 500 aging subway, light rail, and commuter rail cars.

“Transportation passengers across the country will see more reliable transit service as older vehicles and facilities are repaired or replaced, [along with] cleaner air in their communities thanks to a transition to low- and no-emission transit vehicles,” noted FTA Administrator Nuria Fernandez in a statement. “Long-overdue investments in transit infrastructure will deliver new and expanded public transit services, especially in communities that have suffered from historical funding inequities.”

USDOT Secretary Pete Buttigieg noted in a separate statement that the IIJA would also provide “historic levels of funding” for transportation projects on Tribal lands, reflecting an urgency to address long-standing inequities with new funding for safety improvements and better roads, bridges, and transit on Tribal lands across the country.

The infrastructure measure also establishes an Office of Tribal Government Affairs within USDOT while providing $3 billion for the Tribal Transportation  Program and $1.025 billion in dedicated bridge investments on Indian lands through the Federal Highway Administration.

State DOTs from around the country are also outlining how they plan to put IIJA funds to work across a number of multimodal endeavors.

The Louisiana Department of Transportation and Development, for example, expects to receive nearly $6 billion from the IIJA over the next five years. The agency said $4.8 billion of that funding would go towards highway needs, with $1.01 billion to bridges, $470 million to public transportation, $73 million to build electric vehicle infrastructure, and $179 million to airports.

The Nevada Department of Transportation said the IIJA would provide $2.5 billion to the Nevada State Highway Fund over the next five years. The agency noted that it would allocate that funding based on its “One Nevada Plan” – making performance-based decisions on future transportation projects and programs to support mobility, safety, jobs and economic development statewide.

“This funding is incredibly important for building and maintaining the critical infrastructure that Nevada’s growing population requires,” she said. “While our long-term transportation funding constraints still need to be addressed, we are pleased that this historic funding will put us on a better path to creating a more connected, sustainable and equitable future for all Nevadans.”

The Mississippi Department of Transportation noted in a statement that it would receive $1 billion in additional funds via the IIJA – money that Brad White, the agency’s executive director, said on a recent podcast that would support a variety of infrastructure projects statewide.

West Virginia should receive $3 billion for road and bridge upgrades from the IIJA, based on federal estimates, with more than $500 million set aside for bridge replacement and repairs.

According to news reports, Jimmy Wriston – secretary of the West Virginia Department of Transportation – told a panel of state lawmakers overseeing department accountability Sunday that the federal infrastructure bill could provide “sorely needed upgrades” for West Virginia’s roads and bridges.

“I hope that we can take our three biggest priorities, Corridor H, Coalfield highways, and King Coal highways, and move that ball to unbelievable limits,” he said. “I believe that we can deliver those projects in a time frame that would be unprecedented.”