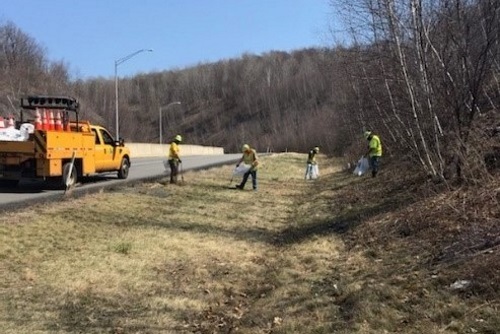 The Pennsylvania Department of Transportation will play a key role in executing the state’s first ever ‘Litter Action Plan’ unveiled by Governor Tom Wolf (D) on November 22.

“Pennsylvania is a great place to live, work, and raise a family. It’s a beautiful state with stunning landscapes and bountiful natural resources. But, we’ve got a litter problem,” said Gov. Wolf in a statement.

“Litter is bad for the environment and our communities, it’s a drain on taxpayer dollars,” he added. “I’m excited to unveil a solution that all 13 million Pennsylvanians can be a part of. It’s a blueprint for a cleaner commonwealth.”

Demonstrating the cost of litter to communities and the commonwealth, PennDOT Secretary Yassmin Gramian noted that the agency’s annual $14 million cost to clean up litter makes litter prevention especially important.

“We recognize we need to change behavior, not just clean up the mess,” she said. “With this commonwealth Litter Action Plan, we’ve provided examples, resources, and calls to action so we can make some transformative change here in Pennsylvania.”

The plan outlines 16 recommendations for Pennsylvania, while also detailing efforts by several state agencies in support the “higher-level” recommendations in the plan. Those include:

The plan’s workgroups included 17 participants from local governments and among the group’s recommendations for local governments is the suggestion to “get creative with public waste infrastructure maintenance.”

It also recommends several proposals to the state’s General Assembly to change existing laws – as well as proposing three law – to reduce littering.