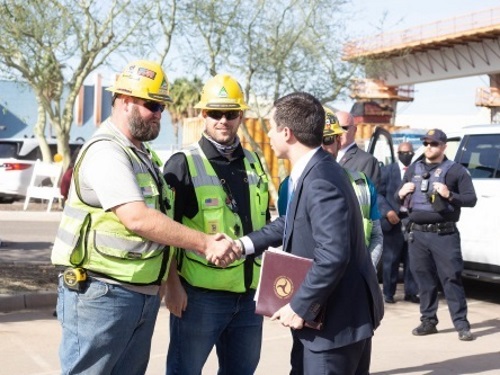 The U.S. Department of Transportation issued nearly $1 billion in fiscal year 2021 Rebuilding American Infrastructure with Sustainability and Equity or RAISE discretionary grants on November 19 to 90 projects in 47 states plus the District of Columbia and Guam.

Formerly known as the Better Utilizing Investments to Leverage Development or BUILD program under the Trump administration and the Transportation Investment Generating Economic Recovery or TIGER program during the Obama administration, USDOT considers projects for its RAISE grant program – officially unveiled in April – based on “merit criteria.”

That “merit criteria” encompasses safety, environmental sustainability, quality of life, economic competitiveness, state of good repair, innovation, and partnerships with a broad range of stakeholders, USDOT noted in a statement.

Per statute, USDOT awarded 50 percent of RAISE grant funding to transportation projects located in rural areas and 50 percent to urban areas that deliver positive benefits for these communities. For this round of RAISE program grants, USDOT said the maximum award is $25 million, with no more than $100 million awarded to a single state.

Several state departments of transportation received funding from the FY 2021 round of RAISE grants.

For example, the South Dakota Department of Transportation received a $22 million RAISE grant to help fund a freight capacity project in partnership with the Rapid City, Pierre & Eastern or RCP&E railroad.

The estimated $84 million total project cost will include $42 million provided by RCP&E, $20 million from the state of South Dakota, and the aforementioned $22 million RAISE grant.

“This improvement will result in reduced maintenance costs and increase the productivity of the rail line, benefiting the railroad and the variety of commodity shippers who use it,” he added. “The project will reduce the risk of derailments and bridge failure, increasing safety. The project is also expected to result in reductions in emissions due to more efficient operation and the possibility of attracting more freight to travel by rail, improving environmental sustainability.”