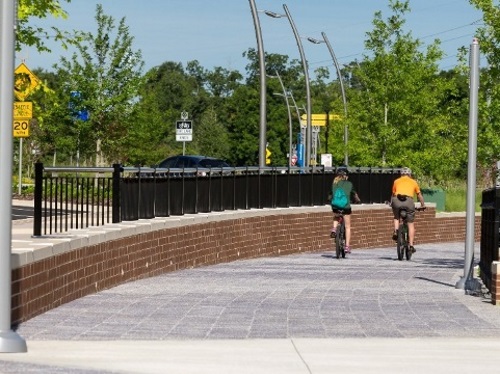 The addition of USBR 1 in Maryland extends the overall length of the route by connecting it to additional segments that exist in Washington, D.C., Virginia, and North Carolina, the group said. Segments of USBR 1 also exist in Maine, New Hampshire, and Massachusetts to the north, and Georgia and Florida to the south.

“It’s always exciting to see the U.S. Bicycle Route System grow with the addition of new routes like USBR 1 in Maryland,” said Jennifer O’Dell, executive director of the Adventure Cycling Association, in a statement.

“Equally as important, though, is the realignment of existing routes in the system as they increase access to amenities and make the cycling experience safer and more enjoyable,” she said. “As we continue to map out the USBRS, we commend the efforts of our state department of transportation partners to bring the benefits of bike travel to their communities.”

“One of the most exciting things that we see happening across the country are the partnerships that form around this initiative to grow and strengthen the U.S. Bicycle Route System,” added Jim Tymon, executive director of the American Association of State Highway and Transportation Officials.

“Working together with communities and cyclists, state departments of transportation are finding ways to improve existing routes while adding new ones every year,” he added.

The USBRS is a developing national network of officially designated, numbered and signed routes that use existing roads, trails, and other facilities appropriate for bike travel. The USBRS will eventually encompass 50,000 miles of routes and open new opportunities for cross-country travel, regional touring and commuting by bike.

State departments of transportation develop bicycle routes, which AASHTO then officially designates within the USBRS. With this new designation and realignments, the USBRS now boasts 17,873 miles of routes in 31 states and Washington, D.C., with at least 40 states currently developing additional U.S. Bicycle Routes, the Adventure Cycling association noted.