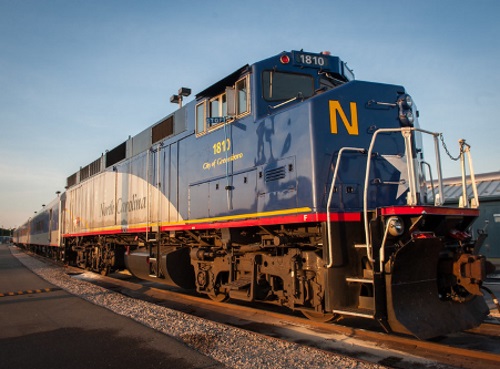 A House of Representatives Transportation and Infrastructure Committee hearing on December 9 examined how the $1.2 trillion Infrastructure Investment and Jobs Act or IIJA could help expand intercity passenger rail service.

The hearing – held by the House T&I’s Subcommittee on Railroads, Pipelines, and Hazardous Materials – elicited analysis from several witnesses regarding the potential benefit IIJA funds offer for individual state and regional rail plans.

In his written testimony, Kim noted that California’s State Rail Plan, developed in 2018, established a “long-term vision” for prioritizing state investment in an efficient and effective rail system for both passengers and freight alike.

He explained that rail investments outlined in that plan seek to divert 88 million daily passenger miles from highways to rail travel by 2040, with intercity and regional rail ridership expected to increase from 115,000 daily trips to 1.3 million daily trips by 2040. Kim expects funding from the IIJA would help further expand those efforts.

“Federal rail funding provided to California is not just an investment – it’s a partnership. Federal rail funding supports significant state, local and private rail investments already being made throughout the state,” he said. “As noted in the 2018 California State Rail Plan … approximately $20 billion dollars in funding to support California rail capital projects is needed through 2027, and $119 billion needed through 2040. We have already delivered more than $4.7 billion of funding to rail projects that benefit intercity rail since 2015, but only $150 million came from federal sources.”

Thus the IIJA’s “significant expansion and reform” of the Federal-State Partnership for Intercity Passenger Rail program would help close that funding gap.

The IIJA “broadens project eligibility beyond Amtrak- and state-owned assets and allows expansion of or construction on new intercity passenger rail routes, in addition to capital projects that address state-of-good repair,” he said. “IIJA provides $36 billion for this program, making at least $12 billion of the funds available for projects outside Amtrak’s Northeast Corridor. This expanded source of funding will help advance California’s critical, nationally significant rail projects.”

Kevin Corbett, president and CEO of New Jersey Transit and co-chair of the Northeast Corridor Commission, noted the IIJA should bring similar benefits to rail initiatives on the East Coast.

“As one of the largest economic markets in the world, the Northeast is key to U.S. international competitiveness,” Corbett explained in his written testimony. “Every year, the region served by the NEC [Northeast Corridor] provides more than 24 million jobs and produces about 20 percent of the nation’s GDP [gross domestic product].”

He said the CONNECT NEC 2035 plan rolled out this summer – known colloquially as the “C35” plan – seeks to “transform and modernize” the NEC’s rail infrastructure. Corbett emphasized that funding from the IIJA will play a crucial role in bring that plan to fruition.

“The total cost of C35 is currently estimated to be $117 billion over 15 years, with a $100 billion-dollar funding gap,” he explained. “This gap will need to be filled with federal, state, and local funds, and the infrastructure bill provides a significant down payment to begin to make progress on this imperative work up and down the corridor.”

Julie White, deputy secretary for multimodal transportation at the North Carolina Department of Transportation and chair of the Southeast Corridor Commission or SEC, said the IIJA funds should provide a similar boost to regional passenger rail plans for the southeastern U.S.

“The SEC is a regional partnership made up of North Carolina, Washington, D.C., Virginia, South Carolina, Tennessee, Georgia, and Florida,” White noted in her written testimony. “The SEC is leading the effort to connect states across the Southeast megaregion through passenger and freight rail.”

She noted that those six states and Washington D.C. are working together to advance a “shared vision” for high-performance rail throughout the Southeast – because of a “shared understanding” of the power of rail to connect states and local communities.

“The commission is now looking to the IIJA to provide the federal funding needed to continue our work together and to advance our plans to construction, as well as initial operating support,” she added. “The IIJA represents a historic opportunity to build upon our joint work to date, connect rural and urban communities, and provide our residents with additional mobility and access to jobs and the economy.”