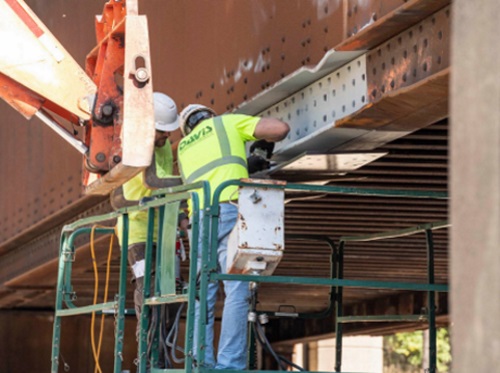 Thirty-six groups representing both the public and private sectors – including the American Association of State Highway and Transportation Officials – sent a letter to Congressional leadership on December 6 urging passage of a bill that would allow American Rescue Plan or ARP funds to support natural disaster relief and infrastructure needs.

That bill – entitled the State, Local, Tribal, and Territorial Fiscal Recovery, Infrastructure, and Disaster Relief Flexibility Act – allows state governments to use up to $123 billion from the $350 billion state/local fiscal recovery fund within the $1.9 trillion ARP on several categories of infrastructure investments and disaster relief.

In addition to enabling recovery funds to be used as non-federal share, the legislation also extends the deadline to utilize relief funding if budgeted for eligible infrastructure projects.

“The State, Local, Tribal, and Territorial Fiscal Recovery, Infrastructure, and Disaster Relief Flexibility Act will build on the IIJA [the $1.2 trillion Infrastructure Investment and Jobs Act] by giving state and local governments the flexibility to use ARP funds to invest in infrastructure immediately while the IIJA is implemented over the next several years,” the letter said.

“This legislation would ensure that state and local governments, which collectively own nearly 100 percent of the nation’s transportation infrastructure, can meet their responsibilities to the nation as intergovernmental partners,” it added.

The letter also noted that passage of the ARP funding legislation – a “bipartisan compromise” that “unanimously” passed by the Senate, it emphasized – would neither mandate funds be used in any particular way nor increase overall federal appropriations.

“This bill would also cap infrastructure investments to ensure funds are not diverted from the ongoing public health emergency,” the letter added.