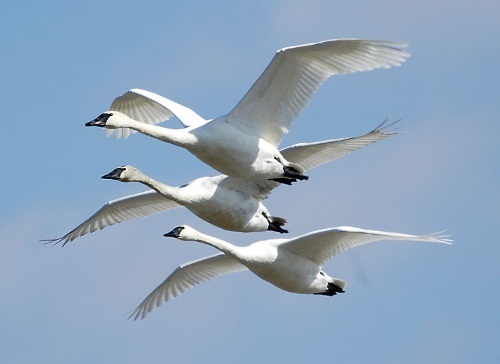 The American Association of State Highway and Transportation Officials is “generally supportive” of a rule proposed in October by the U.S. Fish and Wildlife Service (USFWS) to develop a national migratory bird “incidental take mechanism” that also provides “flexibility” to state departments of transportation as construction seasons and bird breeding seasons vary across the country.

[Above photo by the U.S. Army Corps of Engineers]

The proposed rule regards the Migratory Bird Treaty Act of 1918, which protects migratory bird species between the United States and Canada. That law makes it unlawful without a waiver from the USFWS to “pursue, hunt, take, capture, kill, or sell” nearly 1,100 species of birds listed with the statute and does not discriminate between live or dead birds. It also grants full protection to any bird parts including feathers, eggs, and nests.

AASHTO stressed in a December 3 letter to the USFWS that it is desirable “to have a mechanism that allows state DOTs to propose bird management timeframes and best management practices” to limit migratory bird take.

AASHTO added that state DOTs do not support a general conservation fee as part of the transportation permitting process when migratory birds are involved. However, the organization noted that an “in-lieu fee approach” for individual transportation projects with unavoidable impacts could make sense depending on the details.