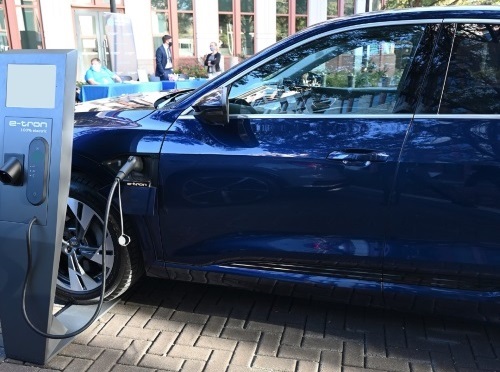 The newly formed National Electric Highway Coalition – consisting of 51 investor-owned electric companies, an electric cooperative, and the Tennessee Valley Authority – seeks to build a national network of electric vehicle or EV fast charging ports to allow the public to drive EVs with confidence along major U.S. travel corridors by the end of 2023.

That coalition, led by the Edison Electric Institute, estimates that the country will need more than 100,000 EV fast charging ports to support some 22 million EVs expected to operate on U.S. roads in 2030. EEI added that its member companies have invested more than $3 billion in EV charging infrastructure projects and related customer programs to date.

“By merging and expanding the existing efforts underway to build fast charging infrastructure along major travel corridors, we are building a foundational EV charging network that will help to encourage more customers to purchase an electric vehicle,” explained Tom Kuhn, EEI’s president, in a statement.

“With the formation of the National Electric Highway Coalition, we are committed to investing in and providing the charging infrastructure necessary to facilitate electric vehicle growth and to helping alleviate any remaining customer range anxiety,” he said.

“Addressing issues such as grid resiliency, energy demands for charging, and equitable rollout of charging infrastructure will be an integral part of a successful future for EVs in America,” added John Bozzella, president and CEO of the Alliance for Automotive Innovation.

“The National Electric Highway Coalition will support the EV transition by facilitating electric power industry engagement in transportation electrification across the country,” he said. “Electric companies, which are regulated by state commissions, can help leverage all funding sources, help fill the infrastructure gaps, and help manage the deployment of these chargers with a long-term view.”

For example, an initiative launched in September to develop the nation’s first electric vehicle or EV wireless charging infrastructure on a public road is gearing up in Michigan – and the Michigan Department of Transportation will play a critical role in this new project.

The Inductive Vehicle Charging Pilot is a partnership between the Michigan Department of Transportation and the state’s Office of Future Mobility and Electrification that plans to deploy an electrified roadway system that would allow electric-powered buses, shuttles, and personal vehicles to recharge their battery systems while driving – enabling EVs to operate continuously without stopping to recharge.

In February, the California Department of Transportation finished installing 22 new “fast-charging” stations for EVs at nine locations along the state’s highway network.

The agency said the 22 Level 3 DC fast chargers deployed as part of this $4.5 million project provide an approximate 80 percent charge in 30 minutes to EVs with fast-charging capability. The units also feature “universal connectors” so they can re-charge all EVs on the market, including Teslas, with an adapter. Charging is free with no time limit, Caltrans added.