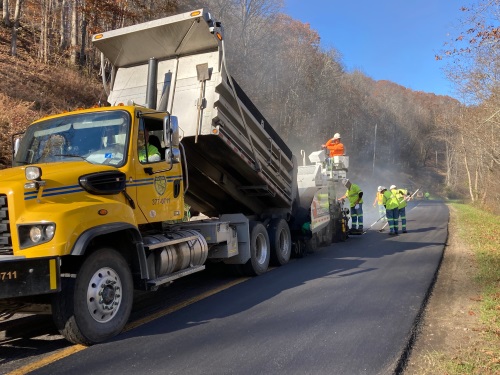 The Federal Highway Administration noted in a statement on December 15 that it plans to provide $52.5 billion in apportioned funding for fiscal year 2022 to all 50 states and the District of Columbia via the $1.2 trillion Infrastructure Investment and Jobs Act or IIJA signed into law in November.

However, states will be unable to receive a significant portion of that funding due to the continuing resolution or CR passed by Congress on December 3 that maintains fiscal year 2021 federal government funding levels through February 18, 2022.

The CR,  with its flat “obligation limitation,” means state departments of transportation cannot access the higher amounts of formula funding provided by the Highway Trust Fund via the IIJA, AASHTO said – funds that are about 20 percent higher for FY 2022 compared to the final year of the Fixing America’s Surface Transportation or FAST Act.

[Editor’s note: The National Highway Traffic Safety Administration issued nearly $260 million in highway safety grants from the IIJA on December 16 to highway safety offices in all 50 states, the District of Columbia, United States territories, and the Bureau of Indian Affairs.]

Additionally, because of the larger share of allocated programs for FY 2022 compared to FY2021, it’s estimated that the initial state DOT share of the obligation limitation provided under the current CR would to be about 2.3 percent less on a daily basis compared to FY 2021.

That is due to a “lop-off” which reserves obligation limitation for allocated “national purpose” programs like the Infrastructure for Rebuilding America or INFRA grant program or Transportation Infrastructure Finance and Innovation Act or TIFIA loans until near the end of the fiscal year.

That is when redistribution to state DOTs occurs for unused obligation limitations from those programs in order to prevent lapse of such funds, AASHTO noted.

Given this dynamic, AASHTO added that the next redistribution period – which occurs in August 2022 – even larger than compared to previous years that saw record amounts of redistribution.

Finally, FHWA also noted that the CR prohibits “new starts,” as in activities that could not have been done in the prior fiscal year, meaning that the obligated funds provided in the current CR cannot be used on new IIJA formula programs.

That includes the FY 2022 portion of the Carbon Reduction Program that supports emission-reducing transportation projects and the Promoting Resilient Operations for Transformative, Efficient, and Costsaving Transportation or PROTECT formula funding to states to boost surface transportation infrastructure resiliency.