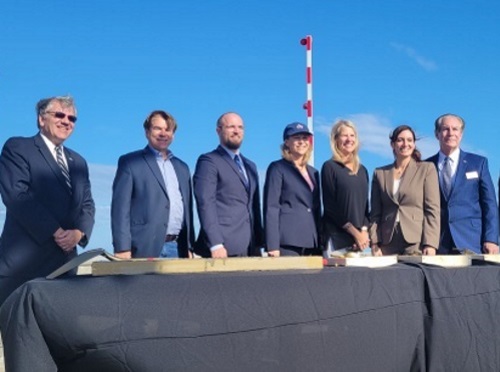 Traffic to and from the Space Center and related facilities will remain open throughout the project, with new bridges expected to open by the end of 2025, the agency said.

The existing NASA Causeway has twin 2,993-foot-long bascule bridges, originally built in 1964 by the U.S. Army Corps of Engineers. During the Apollo and Space Shuttle programs, those two bridges proved vital for the movement of space-bound payloads to the launch facilities. The new 4,025-foot-long bridges replacing those 57-year-old spans will provide a key transportation corridor for SpaceX and Blue Origin commercial spaceflights.

Florida DOT added that the state secured a $90 million Infrastructure for Rebuilding America or INFRA grant from the U.S. Department of Transportation for the project in 2019 to help fund the NASA Causeway Bridge project.

“Today is an example of Florida’s commitment to support the innovation and growth of the space industry, and a promise to enhance economic opportunities for the industry in Brevard County,” noted Florida DOT Secretary Kevin Thibault in a statement.

“This project is not only a big win for Florida, [it] also offers countless benefits for the residents of the Space Coast and the visitors who come from all over to experience one of Florida’s unique industries,” he said.

“Space Florida was pleased to have provided the enabling INFRA grant [that] will assure continued success at the nation’s busiest spaceport,” added Frank DiBello, president and CEO of Space Florida.