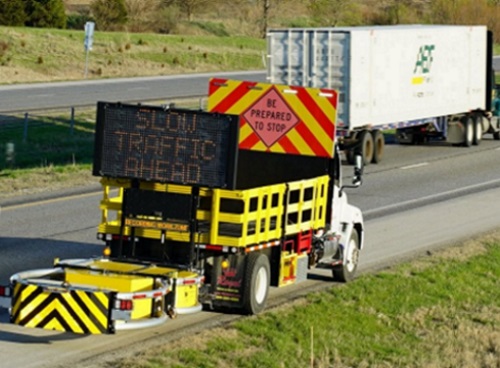 The Governors Highway Safety Association issued a new report on December 15 that highlights the key role played by behavioral safety and road user responsibility within the National Roadway Safety Strategy the U.S. Department of Transportation expects to release sometime in January 2022.

GHSA’s 32-page report – dubbed Putting the Pieces Together: Addressing the Role of Behavioral Safety in the Safe System Approach and compiled by Cambridge Systematics – focuses on five key “elements” of the “Safe System” approach.

That approach seeks to eliminate fatal and serious crashes for all road users by creating a transportation system that accommodates human mistakes and keeps crash impacts on the human body at survivable levels.

GHSA noted in its report that this comprehensive “Safe System” approach has been highly effective in other countries, with traffic fatalities falling in Sweden – where the approach originated – by 67 percent between 1990 and 2017.

The “redundancy” offered by those five elements – safe road users, safe vehicles, safe speeds, safe roads and post-crash care – is the “central tenet” of the Safe System approach, GHSA said in its report. Commonly known as the “Swiss cheese model,” the theory is that if one layer of safety fails, the others will provide a protective effect and lessen the likelihood of a serious or fatal injury in the event of a crash.

GHSA said its new report is partially in response to an “alarming” spike in U.S. roadway deaths. The National Highway Traffic Safety Administration estimated in October that more than 20,000 people died on U.S. roads in the first half of 2021. That is 18.4 percent higher than the same period in 2020 and the largest six-month increase in highway fatalities in the 46-year history of the Fatality Analysis Reporting System, NHTSA said.

[Editor’s note: Pete Buttigieg, secretary of the U.S. Department of Transportation, referred to those fatality numbers as a “call to arms” to “start a new and urgent era of action” regarding roadway safety in a live video speech at the American Association of State Highway and Transportation Officials 2021 annual meeting in San Diego.]

“The United States is heading in the wrong direction when it comes to traffic safety. Everything that should be decreasing is increasing, and vice versa. A public safety crisis of this magnitude requires a concerted, coordinated effort that uses every safety tool at our disposal,” said GHSA Executive Director Jonathan Adkins in a statement.

“The Safe System approach holds great promise in addressing the difficult task of ending roadway deaths, but only if we use all of its strategies,” he added. “The traffic safety community needs to work together, not in silos, if we want to make progress on the road to zero traffic deaths.”

The report also stressed that it will take a “comprehensive” solution – including infrastructure improvements, changes to road design, equitable enforcement of traffic laws, education and public outreach, and emergency response – to reduce traffic crashes, injuries and deaths.

It also provides actionable recommendations for SHSOs, GHSA, and NHTSA to help promote implementation of Safe System strategies and behavioral safety’s role in that effort.

GHSA plans to discuss the report’s findings during a webinar on January 18, 2022, that features representatives from the National Safety Council, AAA, and Cambridge Systematics.