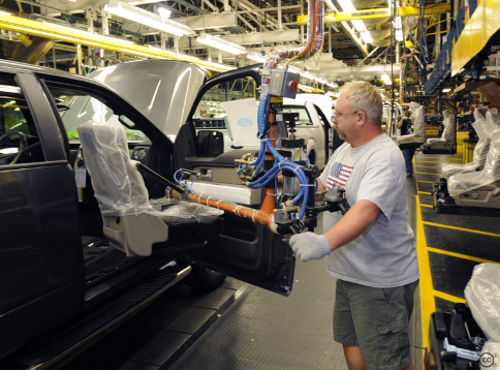 [Above photo by Ford Motor Co.]

The agency also calculates that American motorists will save between $210 billion and $420 billion through 2050 on fuel costs due to this new rule.  On average over the lifetime of an individual MY 2026 vehicle, EPA estimates that the fuel savings will exceed the initial increase in vehicle costs by more than $1,000 for consumers.

The agency added in a statement that it plans to initiate a separate rulemaking to establish multi-pollutant emission standards under the Clean Air Act for MY 2027 passenger cars and light trucks and beyond to “speed the transition” of the country’s light-duty vehicle fleet toward a zero-emissions future consistent with the president’s abovementioned executive order.

The EPA also expects its new rule to spur increased production and sales of electric vehicles or EVs. As the GHG standards get stronger over the four-year period encompassed by the new rule, the agency said sales of EVs and plug-in hybrid vehicles should grow from about 7 percent market share in MY 2023 to about 17 percent in MY 2026, the agency projects.

Those increasing levels of EVs will position the United States to achieve aggressive GHG emissions reductions from transportation over the long term, EPA noted.