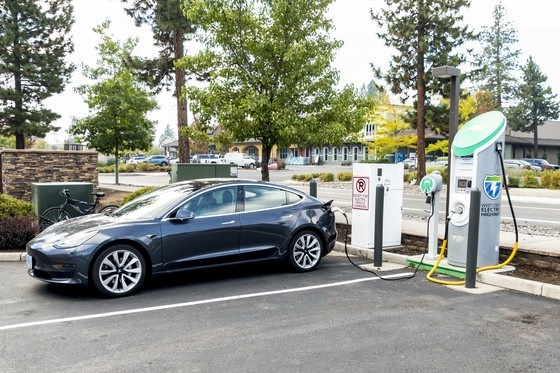 Some $52 million of additional funding over the next five years should flow to Oregon for investment in electric vehicle or EV charging infrastructure.

That money comes from the $1.2 billion in additional transportation funding Oregon will receive from the $1.2 trillion Infrastructure Investment and Jobs Act signed in to law in November.

The Oregon Department of Transportation said the federal government makes the initial decisions on how to spend that $52 million, with the agency expecting to receive its first set of federal guidelines for that EV funding by February 2022.

Suzanne Carlson, director of the Oregon DOT Climate Office, said in a statement that her office expects those federal guidelines to steer that funding to Alternative Fuel Corridors, which are national highways that are eligible for federal grant funding to add public EV charging and other alternative fuel infrastructure. Oregon has seven corridors designated under the program: Intestates 5, 84 and 82, and U.S. 26, 101, 20 and 97.

Public-private partnerships will be a key component of Oregon’s EV investment strategy, the agency said, pointing to previous examples such as its investment of $4.1 million earlier this year to support EV charging upgrades to Oregon’s slice of the West Coast Electric Highway.

Oregon DOT also collaborated with local firm Forth, Kittelson & Associates along with the Rocky Mountain Institute to complete a future electrification needs study in 2020-21, which examined Oregon’s EV charging needs over the next 15 years. That study presents a “clear roadmap” for the agency and its partners for electrifying the state’s transportation system for multiple types of vehicles, explained Carlson.

According to data tracked by Oregon DOT, state residents are adopting EVs at a “swift rate,” with new EV registrations in 2021 on track to increase by about 70 percent compared to 2020.

“With the study’s findings, we can be more strategic and keep up momentum on EV adoption rates,” she said. “Our role will be to make targeted state investments, secure more federal grant funding, and make sure public EV charging is equitable and practical.”