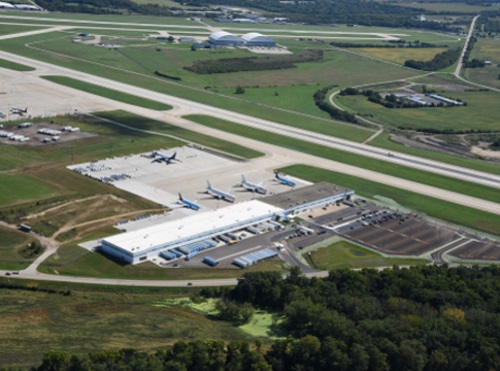 A study issued by the Illinois Department of Transportation in December 2021 notes that airports play a vital role in the state’s economy, reinforcing the importance of aviation on the state’s multimodal transportation system to promote mobility, supply chain movement, job creation and local quality of life.

The report analyzed 85 public-use airport facilities – 81 public and four private airports – and measured the economic impact at each individual airport, as well as within each Illinois DOT region and at the statewide level.

“Aviation is a pillar of our state. Its importance to our economy cannot be overstated,” said Illinois DOT Secretary Omer Osman in a statement. “Illinois airports serve as a gateway to the economy through passenger, cargo and general aviation services, as well as employment opportunities. [Illinois DOT] is committed to strengthening our aviation system to better connect Illinois to national and international economies far and wide.”

The agency expects to release the first Illinois Aviation System Plan in more than two decades in 2022 – a plan that will identify short- and long-term needs of individual airports and the aviation system as a whole, with the goal of continuing to support economies throughout the state, improve quality of life and boost mobility.

Illinois DOT issued this study on the heels of a $94 million funding award by Governor J.B. Pritzker (D) to support 96 public airport projects statewide. That $94 million award – issued on December 1, 2021 – unlocks $11.5 million in local contributions for a combined investment of $105 million, the governor said in a statement.

“Crucially, these dollars are going first and foremost to projects that might not otherwise be eligible for the full federal funding that they need to finish,” he added. “We want our airports throughout the state to be the best in the nation, and these airport grants are making a real difference. Every community deserves prosperity, safety, resiliency, and opportunity – and that’s what this program seeks to advance.”