USDOT Issues over $241M in Grant Funding for Ports 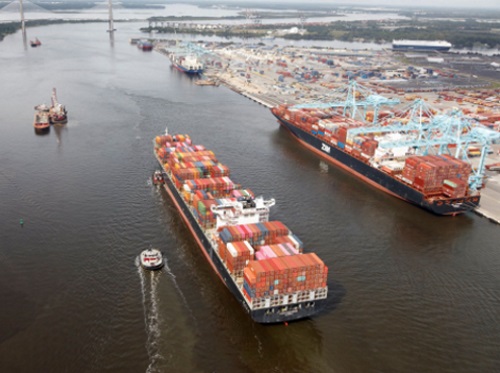 The U.S. Department of Transportation awarded more than $241 million in discretionary grant funding for 25 projects to improve port facilities in 19 states and one territory via its Maritime Administration’s port infrastructure development program or PIDP.

[Above photo by the Jacksonville Port Authority]

The PIDP – now in its third year – awarded $492 million to 32 projects within its first two years of activity. USDOT said this MARAD program supports efforts by ports and industry stakeholders to improve facility and freight infrastructure to meet the nation’s freight transportation needs.

“These investments will support the shift to cleaner transportation, which will create more economic activity and good paying jobs,” noted Lucinda Lessley, MARAD’s acting administrator, in a statement. “The Port Infrastructure Development Program is an important part of building back better for our ports, our communities, our economy, and our people.”

Going forward, USDOT noted that the Infrastructure Investment and Jobs Act – signed into law in November 2021 – would provide $450 million annually in funding for the PIDP program for fiscal years 2022 through 2026, for a total of $2.25 billion.

The economic value of ports nationwide is significant. According to a study conducted roughly every four years by Lancaster, PA-based consulting firm Martin Associates, the total economic value U.S. coastal ports provide in terms of revenue to businesses, personal income and economic output by exporters and importers topped $5.4 trillion in 2018.

This accounted for nearly 26 percent of the nation’s $20.5 trillion economy in 2018, the firm said; an indicator that the value of cargo activities at U.S. ports remains a key factor in America’s economic vitality.

State departments of transportation across the country are also engaged in a variety of port funding initiatives as well.

In August 2021, the Florida Department of Transportation helped distribute $250 million to help ports statewide recover from revenue declines in 2020 – sparked by the COVID-19 pandemic – as well as fund infrastructure investments.

“Not only are Florida ports a key economic driver for their surrounding communities, but also for our state as a whole,” said Governor Ron DeSantis (R) in a statement – noting that Florida’s ports generate an economic impact of $117.6 billion annually and support 900,000 jobs.

In April 2021, the Illinois Department of Transportation made $110 million in grant funding available via the Rebuild Illinois capital plan to improve public ports across the state while helping “modernize and revitalize” the state’s marine transportation system.

That funding coincided with the release of the Illinois DOT’s new Illinois Marine Transportation System Plan, which determined the state’s ports create $36 billion in economic activity annually and support 160,000 jobs.