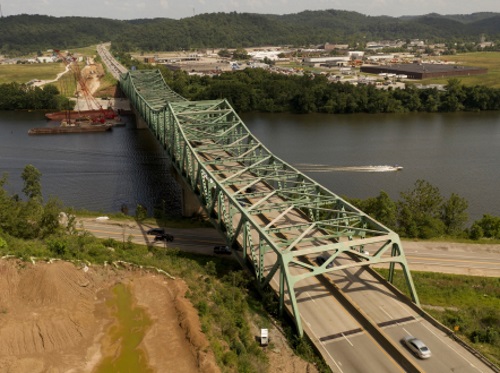 The Federal Highway Administration launched a $27 billion Bridge Formula Program on January 14 – a program funded by the $1.2 trillion Infrastructure Investment and Jobs Act signed into law in November 2021.

The new program seeks to “modernize bridges to withstand the effects of climate change and to make them safer for all users, including cyclists and pedestrians,” noted Stephanie Pollack, FHWA deputy administrator, in a statement.

“Every state has bridges in poor condition and in need of repair, including bridges with weight restrictions that may force lengthy detours for travelers, school buses, first responders or trucks carrying freight,” she added.

“Distribution of these bridge formula funds to state departments of transportation represents one of the first of many tangible benefits from the IIJA,” noted Jim Tymon, executive director of the American Association of State Highway and Transportation Officials.

“Much more is to follow in the coming months and years to modernize and ‘future-proof’ our most critical transportation assets,” he added.

The agency added that the program contains incentives for states to fund “off-system” bridges owned by a county, city, town, or other local agency.

While states generally must match federal funding with up to 20 percent state or local funding, FHWA said in its guidance memo that states can use federal funds to cover 100 percent of the cost of repairing or rehabilitating such locally owned off-system bridges.