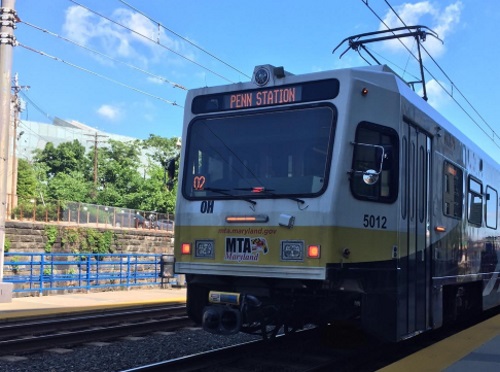 The Maryland Transit Administration – a division of the Maryland Department of Transportation – recently unveiled a draft of its Statewide Transit Plan designed to provide a “roadmap” for a “comprehensive, connected transit system” for current and future riders. The agency is accepting public feedback on the draft of this plan through February 18.

[Above photo by the MTA]

The agency also launched a “transition plan” in December 2021 to move its transit fleet to zero-emission bus or ZEB models as older diesel-fueled and hybrid buses reach the end of their useful life.

In terms of its Statewide Transit Plan, the MTA said in a statement that the plan seeks to improve economic opportunities, smarter community development, and improve environmental protections.

In practical terms, that means recognizing and building on transit’s critical role in promoting access to employment centers and neighborhoods in all parts of the state, whether rural, suburban or urban, while simultaneously minimizing the agency’s carbon footprint, the agency said.

Those action items include seven goals to guide Maryland’s transit investments into the future, including: an equitable, accessible and affordable transit system, providing mobility between regions, connecting people to jobs and opportunities, plus investing wisely and sustainably.

Meanwhile, MTA said in a separate statement that its “incremental” ZEB transition process includes bus facility updates as well and is designed to meet the requirements of Maryland’s new Zero-Emission Bus Transition Act, which mandates all new buses procured for the state’s transit fleet be emission-free beginning in 2023.

The agency has committed to converting 50 percent of its bus fleet to zero-emission by 2030 while “seamlessly providing reliable, efficient service throughout the transition and beyond.”

It plans to launch its first ZEB pilot program in 2023, when seven new battery-electric 40-foot and 60-foot articulated buses arrive at its Kirk Division, with that division’s facility expected to become 100 percent electric bus facility by the end of 2026. The Northwest Division, which will begin a retrofit in early 2025, will highlight the second phase of the ZEB program with electric buses arriving in 2026.

Meanwhile, MTA said its Eastern Division expects to start reconstruction of its bus facility in 2026, which will be one of the few purpose-built zero-emission bus facilities in the U.S., and should start hosting ZEBs starting in 2028. Finally, beginning in 2030, MTA’s Bush Division will undergo similar ZEB infrastructure investments.

Purchase of the new buses for this pilot program and the infrastructure for charging them will utilize grant funding from the Low or No Emission Vehicle Program from the Federal Transit Administration, and the Volkswagen Settlement.