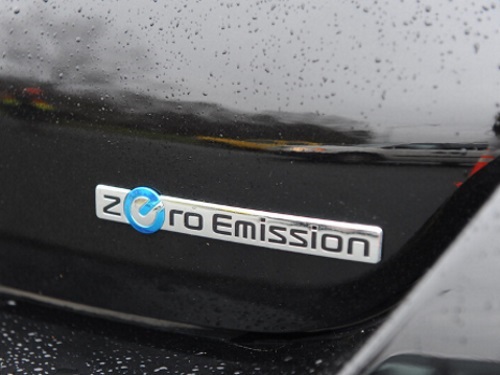 The governors of North Carolina and Connecticut recently issued executive orders that mandate the formation of “clean transportation” plans to reduce greenhouse gas or GHG emissions in their respective states.

Governor Roy Cooper (D) issued an executive order on January 7 that includes a directive to the North Carolina Department of Transportation to develop a North Carolina Clean Transportation Plan for decarbonizing the transportation sector through reductions in vehicle miles traveled, an increase in zero-emission cars, trucks, and buses, as well as other GHG-reduction strategies.

“Transforming North Carolina toward a clean energy and more equitable economy will provide good jobs and a healthy environment for generations of families across our state,” Gov. Cooper said in a statement. “This order will assess our progress reducing climate pollution, and direct ways to curb environmental injustices, increase clean transportation options, and build more resilient communities in North Carolina.”

The order calls for an increase in registered zero-emission vehicles to roughly 1.25 million units by 2030 and for 50 percent of sales of new vehicles in North Carolina to be zero-emission by that same year.

“This executive order ensures our state is preparing for and supporting emerging technologies,” added J. Eric Boyette, NCDOT’s secretary. “We are committed to working with our state and local partners to develop a clean transportation plan – one that will benefit all North Carolinians.”

“Climate change is here, and it’s only going to get worse if we don’t take meaningful action,” he said in a statement. “In September [2021], a bad progress report showed that we’re in danger of missing our statutory greenhouse gas reduction goals, so we need to roll up our sleeves and do the necessary work to improve. That work starts with us in the executive branch, and that’s why I’m directing our state agencies to take these actions.”

That “progress report” – officially known as Connecticut’s Greenhouse Gas Inventory Report – shows that GHG emissions from the state’s transportation and building sectors are increasing, meaning that Connecticut is not on track to meet its interim 2030 target.

Gov. Lamont said the state must take “aggressive action” where possible within existing authority to reduce carbon emissions, and that is why he is directing a whole-of-government approach with his executive order and calling on the Connecticut General Assembly to authorize expanded investment and de-carbonization programs.

Transportation measures within the governor’s order include the creation of a statewide battery-powered electric bus fleet; the funding of “shovel-ready” infrastructure resilience projects; plus regulating emissions from medium and heavy-duty vehicles.

“Connecticut families and communities, especially the ones most vulnerable and historically underserved, deserve clean transportation,” he added. “The [Connecticut] DOT will do our part, while listening to and working with our partners in health, and equity and environmental justice, to ensure our efforts have a positive impact on all people.”