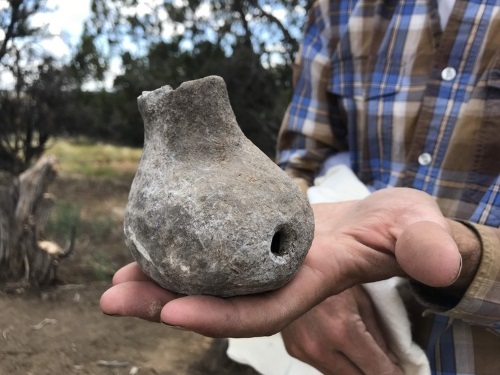 The Colorado Department of Transportation recently debuted a documentary called “Durango 550 – Path of the Ancestral Puebloans” to show how the agency worked with archaeologists and regional Native American tribes to document, study, and ultimately share the discoveries unearthed near Durango in southwest Colorado.

“This documentary shows the unique collaboration of all entities involved, laying the groundwork for a new approach to archaeology, blending western science with traditional cultural beliefs,” explained Greg Wolff, a Colorado DOT archaeologist, in a statement.

“Tribal members frequently visited the project area during the excavations. Tribal elders contributed traditional knowledge, experience and spiritual guidance to the archaeologists and other project staff members,” he said.

The 30-minute documentary – created by the Grit and Thistle Film Company – aired on the Rocky Mountain PBS station on January 16 and will air again on March 17. It is also available for viewing on the television station’s website and mobile app.

Utah DOT on Last Leg of I-15 Corridor Project