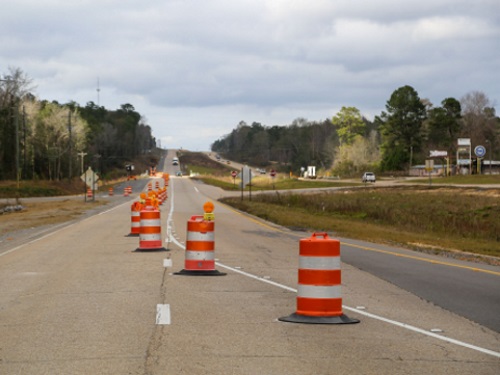 The Mississippi Department of Transportation is using light detection and ranging or LiDAR technology to help improve the efficiency and safety in the construction and maintenance of road projects statewide. Now, it is putting that technology into the air with drones.

[Above photo by the Mississippi DOT]

The agency said in a statement that LiDAR is a method for determining ranges or distances by targeting an object with a laser and measuring the time for the reflected light to return to the receiver. The technology then converts that reflected light data into distance measurements and creates a 3-D model using those measurements.

The Mississippi DOT recently purchased drones equipped with LiDAR technology to take measurements and map out road construction projects while minimizing the exposure of ground crews to traffic.

State departments of transportation are involved in a variety of similar drone testing efforts in different parts of the country.

For example, in February 2021, the Marc Basnight Bridge over Oregon Inlet became the first bridge in the state inspected via drone by North Carolina Department of Transportation crews.

In MSU’s case, the concern is that agricultural aviators – such as “crop dusters,” which spray pesticides from the air – fly as low as 10 feet off the ground and at speeds up to 140 miles per hour.

That makes them the most frequent type of aircraft sharing low altitude space with unmanned aircraft systems – often referred to as UAS or drones – with greater frequency than other airplanes, MSU noted.

In addition, by law, UAS must give the right-of-way to manned aircraft, noted Tom Brooks, director of MSU’s Raspet Flight Research Laboratory.

“With UAS increasingly populating the skies, it’s in everyone’s interest to better understand how these two types of aircraft can safely share airspace,” he explained.