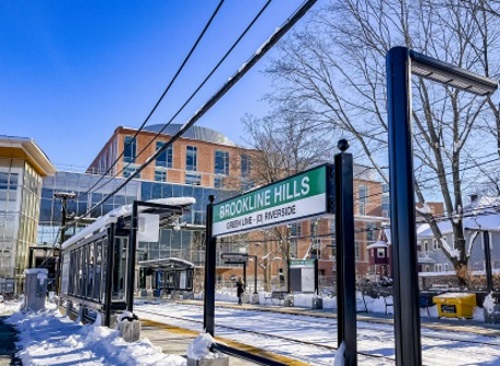 A survey conducted by traffic technology solutions provider LYT and unveiled at the Transportation Research Board’s 2022 annual meeting found that agencies currently using transit prioritization technologies indicate they are experiencing a “handful of frustrations” with it.

[Above photo by the MBTA]

LYT said it collected feedback from 3,000 local municipal officials and other transit decision makers via an online survey in early December 2021.

According to its survey results, LYT said that of those communities leveraging transit prioritization technologies, the majority of respondents said they are witnessing “growing improvements” in on-time performance of their transit network.

However, the transit “frustrations” being experienced center around limited data flexibility. For example, 71 percent of the poll’s respondents said their current electronic data provider does not allow for the integration of transit vehicle data with other systems. Furthermore, 89 percent said they are “frustrated” that their current provider does not allow for data cross sharing.

LYT noted that many of those polled in its survey are deploying or hope to deploy transit priority solutions as a way of reducing traffic congestion or speeding up transit travel times.

Yet the firm said several transit agencies already using such technology seek broader economic benefits from it. For example, for agencies that already use transit prioritization technology, three in 10 said that they see transit priority solutions as a way to “attract more residential or business riders.” Meanwhile, a further 15 percent say that they see these types of solutions as a way to improve air quality in their communities.