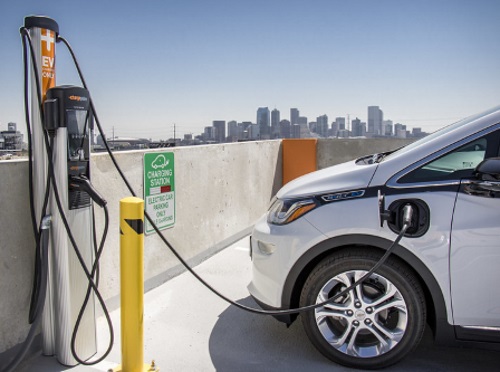 The American Association of State Highway and Transportation Officials provided feedback to the Federal Highway Administration in a 10-page comment letter on January 25 regarding the agency’s “Request for Information” on guidance for developing electric vehicle or EV charging infrastructure.

AASHTO noted that while state departments of transportation “readily support” the Biden administration’s “ambitious goal” of building a new national network of 500,000 EV chargers by 2030, “many challenges must be overcome,” both technical and logistical, in order to make that goal a reality.

Those obstacles include the capacity of the electrical grid and its proximity to potential charging stations, especially in rural and underserved areas; industry capacity to meet the sudden increase in demand for EV supply equipment; and coordination, on a huge scale, with non-traditional stakeholders that have existing business models and supply chains.

[Editor’s note: AASHTO made similar points in a January 7 letter to the U.S. Department of Transportation regarding the agency’s ‘Buy America’ rules.]

“AASHTO and its members believe the success of this program depends on EV charging infrastructure reliability and accessibility,” the group said in its letter. “According to surveys and information collected by a number of state DOTs, five miles is too far for EV consumers to travel off the highway to find a charger. Some exceptions must be made – for example in rural areas – but otherwise chargers need to be located as close as possible to the interstate highway system.”

AASHTO also argues that long-term operation and maintenance of charging infrastructure should not be a state DOT responsibility, just as state DOTs do not operate or maintain current gasoline or diesel fueling infrastructure.

“In rural locations, where the cost of installation will likely be higher and utilization lower, it can be difficult to find vendors capable of and interested in installation, maintenance, and operation,” AASHTO noted. “As the EV market matures, we hope to see lower-use chargers become more self-supporting, but help will be needed initially.”

The organization also said “fast chargers” will be needed to “effectively encourage” the public’s transition to EVs. AASHTO said that, according to industry experts, charging speeds should be 350 kilowatts with a minimum uptime for chargers established; an uptime AASHTO believes should be at least 95 percent, with a goal of achieving 99 percent.

“AASHTO also seeks guidance on how to structure partnerships with private companies to provide this level of service in underserved areas and not just in high-use/high-traffic areas,” the group said.