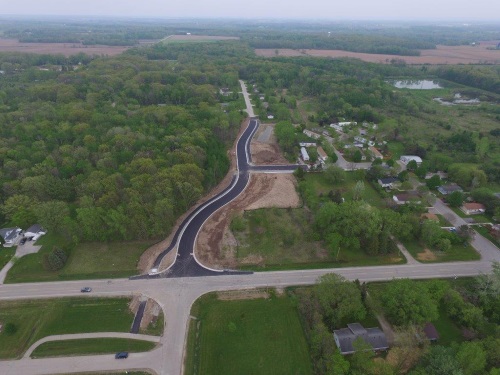 Federal Highway Administration published a notice of funding opportunity on January 24 offering up to $17.8 million in grants over five years to re-establish seven Tribal Technical Assistance Program or TTAP Centers nationwide. Applications are due by March 25.

[Above photo by the Oneida Nation]

The FHWA said it would use those TTAP Centers as a component of its Local Technical Assistance Program or LTAP, providing American Indian and Alaska Native tribal governments with training, technical assistance, and technology services to support their transportation programs and systems.

That includes both virtual and hands-on services that strengthen tribal capacity for self-governance of transportation programs, the agency said.

Following the conclusion of that pilot program and feedback from stakeholders, the FHWA said it decided to reinstitute the regional TTAP model as that better meets the transportation needs of tribal governments.

The FHWA’s TTAP NOFO follows the award of $10.3 million by the Federal Transit Administration recently in Tribal Transit Program grants to 36 tribal governments for projects that support transit services for American Indian Tribes and Alaska Native villages in rural areas.

State departments of transportation are also working directly with tribal governments on a range of mobility projects.

For example, researchers from the University of Minnesota helped the Minnesota Department of Transportation plan pedestrian-focused transportation projects on tribal reservations across the state.

A key take away from that study is to engage collaborators early on – in this case, working with the Advocacy Council on Tribal Transportation as a technical advisory panel, with tribal transportation managers from four reservations identifying “priority sites” for pedestrian-focused investments.

Minnesota DOT and county engineers then collaborated with tribal transportation managers and the university research team to review monitoring results and identify potential countermeasures for each area of concern.