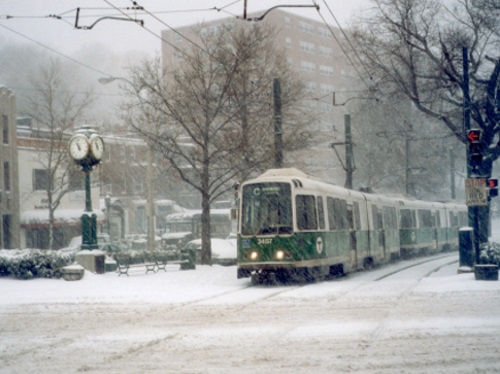 The Federal Transit Administration recently awarded some $11 million in grants to 20 projects in 12 states as part of its Pilot Program for Transit-Oriented Development or TOD pilot program.

[Above photo by the MBTA]

“Our goal is to create access for all Americans who ride transit by encouraging mixed-use, mixed income development around new transit projects,” she added. “I hope that communities will join with FTA to accelerate transit-oriented development by addressing zoning and planning changes that will increase mixed income and affordable housing around transit hubs and stations.”

FTA noted that funding for its TOD pilot program – established under the Moving Ahead for Progress in the 21st Century Act or MAP-21 in 2012 and amended by the Fixing America’s Surface Transportation or FAST Act in 2015 – was only available through fiscal year 2021.

That new guidance is for public and private entities seeking loans for TOD projects through the Transportation Infrastructure Finance & Innovation Act and Railroad Rehabilitation & Improvement Financing programs, the agency added. USDOT added that there is currently nearly $100 billion of lending capacity available through the TIFIA and RRIF programs.

USDOT pointed out that Congress, via the FAST Act, determined that TIFIA and RRIF financing could support TOD projects, yet USDOT needed to set “clear eligibility guidelines,” which became a barrier to using these funds for that purpose.