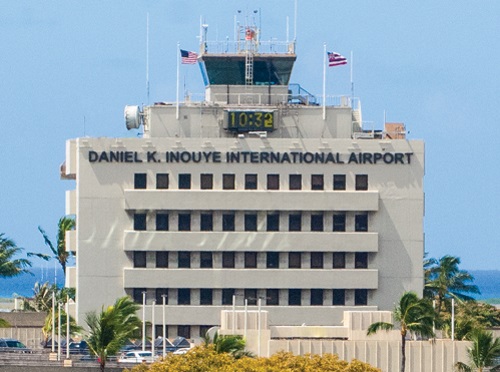 [Above photo via Hawaii.gov]

The agency said the new bonds would fund approximately $230 million of essential projects to sustain its airport capital improvement program.

At the same time, the Airports Division took advantage of low interest rates in the municipal bond market to refinance $57 million prior bonds to save money.

“Air service is essential to Hawaii,” noted Governor David Ige (D) in a statement. “The Hawaii Department of Transportation and the Airports Division continue to act prudently to deliver projects to modernize and expand our facilities while also taking advantage of opportunities to reduce costs.  These actions are instrumental as we continue to adapt to the COVID-19 pandemic, and the success of today’s transaction demonstrates the market’s continued confidence in Hawaii and our Airports System as we build for the future.”

“Strong credit ratings and a robust marketing effort proved instrumental in obtaining one of the lowest interest rates ever achieved by the Airports Division, despite selling the bonds in a difficult market,” added Ross Higashi, deputy director for Hawaii DOT’s Airports Division.

Several state department of transportation studies – including ones from Illinois, Georgia, Wyoming, and Alaska – show that airports function as significant “economic engines” as well as key mobility hubs.