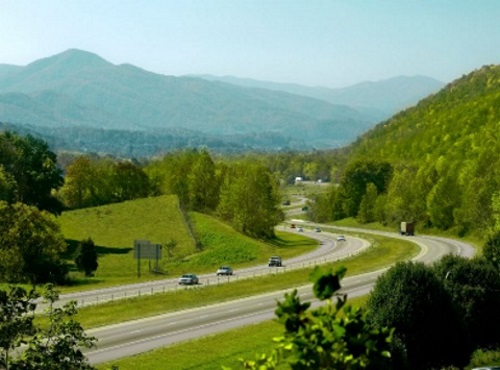 The U.S. Department of Transportation is providing more than $1.2 billion to the Appalachian Development Highway System or ADHS to help complete designated roadway corridors in 11 states across the Appalachian region.

[Above photo by the FHWA]

As part of the $1.2 trillion Infrastructure Investment and Jobs Act signed into law in November 2021, annual funding for the ADHS will increase 146 percent compared to fiscal year 2021 – providing dedicated funding to the ADHS to spur economic growth across the Appalachia region. The total amount that will be available to the states in FY 2022 is $246 million, USDOT noted in a statement.

The ADHS – initiated in 1965 as interstate highway system bypassed many parts of the Appalachia region due to rugged terrain – is comprised of 33 distinct corridors totaling 3,000 miles, linking the region to interstates and providing access to regional and national markets.

Today, more than 85 percent of the ADHS – which connects 13 states from New York to northern Mississippi – is complete, with the system expected to be 100 percent complete by 2040.

The Federal Highway Administration is working closely with the Appalachian Regional Commission or ARC – an economic development agency of the federal government that collaborates with state governments and counties across the region – to finish the Appalachian highway system.

According to a 2017 analysis, ADHS construction created or maintained 168,000 jobs due to increased economic activity associated with highway project, while adding $9 billion to the gross regional product. The ADHS also saves 231 million hours of travel time annually, ARC noted.

Once finished, the ADHS should create 47,000 more jobs and add $8.7 billion in goods and services annually across the Appalachian states.