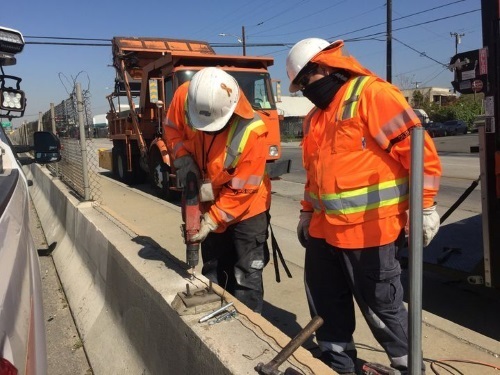 The California Department of Transportation recently approved the use of low-carbon cement to help reduce the carbon footprint of the state’s transportation system.

Caltrans said its road construction and maintenance projects could generate less carbon dioxide with the same high performance standards at a slightly lower cost by using more PLC. For example, in 2017 alone, Caltrans used 325,000 tons of cement to upgrade the state highway system. Switching to low-carbon cement could potentially to reduce carbon dioxide emissions by 28,000 tons a year — the equivalent of removing more than 6,000 cars off the road.

“Using low-carbon cement can cut Caltrans’ concrete-related carbon dioxide emissions annually by up to 10 percent,” noted Toks Omishakin, director of Caltrans, in a statement. “This is a big step in supporting California’s efforts to achieve carbon neutrality by 2045.”

The agency based its new low-carbon cement standards on Caltrans-funded research conducted at Oregon State University, which concluded that PLC is equally suitable for Caltrans’ construction projects as ordinary cement with a reduced carbon footprint.

Throughout the review process, Caltrans worked closely with the California Air Resources Board plus industry experts and stakeholders, such as the California Construction and Industrial Materials Association and the California Nevada Cement Association, to draft the new standard specifications