USDOT Opens Up Next Round of RAISE Grants 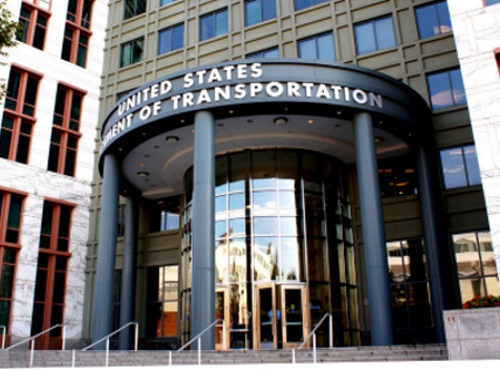 The U.S. Department of Transportation published a notice of funding opportunity on January 28 for $1.5 billion in Rebuilding American Infrastructure with Sustainability and Equity or RAISE discretionary grants.

Formerly known as the Better Utilizing Investments to Leverage Development or BUILD program under the Trump administration and the Transportation Investment Generating Economic Recovery or TIGER program during the Obama administration, USDOT said the RAISE program aims to support projects with “significant local or regional impact.”

The deadline for this round of RAISE grants is 5 p.m. EST on April 14, with USDOT expecting to announce final selections by mid-August.

USDOT noted in a statement that it currently evaluates RAISE applications based on “statutory criteria” that includes safety, environmental sustainability, quality of life, economic competitiveness and opportunity, state of good repair, partnership, and innovation.

The agency noted the $1.2 trillion Infrastructure Investment and Jobs Act or IIJA signed into law in November 2021 added two new criteria to RAISE grant applications: mobility and community connectivity. USDOT said it also plans to assess projects for universal design and accessibility for travelers, as well as consider how proposals increase mobility for freight and supply chain efficiency.

USDOT also noted that least $15 million from this round of RAISE grants would go towards projects located in “Areas of Persistent Poverty” or “Historically Disadvantaged Communities,” noting that the IIJA expands the number of communities eligible for 100 percent federal share of funding via RAISE grants.

The 2022 round of RAISE grants also “encourages” applicants to consider how their projects can create workforce development opportunities. Applicants can be more competitive in the process if they are creating jobs with free and fair choice to join a union and good labor standards, creating jobs in underserved communities, or are supporting worker opportunities and training, USDOT said.

The agency also noted that the $1.5 billion in available RAISE funding for 2022 represents a 50 percent increase compared to 2021. USDOT noted that its RAISE program funded 90 projects in 47 states, the District of Columbia, and Guam in 2021 and – since the program’s original inception during the Obama administration – it has awarded a total of $9.9 billion to more than 700 projects.