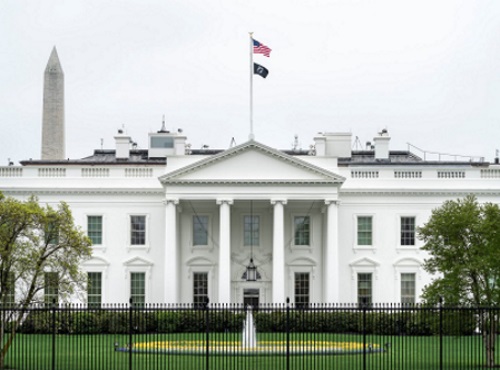 The Biden administration released what it touts as the “first edition’ of a guidebook on January 31 to help state, local, tribal, and territorial governments “unlock the benefits” from the $1.2 trillion Infrastructure Investment and Jobs Act or IIJA signed into law in November 2021.

[Above image via the White House]

The administration added that its guidebook would act as a “one-stop-shop” about the IIJA, containing it its words “the most comprehensive information to date” about the legislation.

The White House added that this guidebook contains 12 chapters grouping the law’s more than 375 programs by issue area, with each chapter containing a cover note explaining how prepare to receive IIJA funding as well as details regarding additional planning resources.

“This resource is a critical part of our extensive outreach to state, local, tribal and territorial governments to ensure the people of America can benefit from this once-in-a-generation investment,” explained Mitch Landrieu, the administration’s senior advisor and infrastructure implementation coordinator, in a statement.

“Building a better America is a shared endeavor no one can do alone, and investing infrastructure dollars will require significant coordination between the federal government, cities, states, tribal governments, community members, and other key partners,” he added.

“Our primary goal is to empower people across the country with information, so they know what to apply for, who to contact, and how to get ready to rebuild,” he noted.

Landrieu sent a letter to U.S. governors on January 4 recommending key preparatory actions states should undertake to handle IIJA funding, including appointing infrastructure coordinators to manage the flow of funds to their states.

The administration also outlined in a fact sheet issued in January the steps cities, towns, and municipalities can take to access competitive grant funds within the IIJA.

The White House added that “future phases” of the guidebook would update key timelines for program implementation, illustrate best practices, and incorporate case studies of successful grant applications as well.