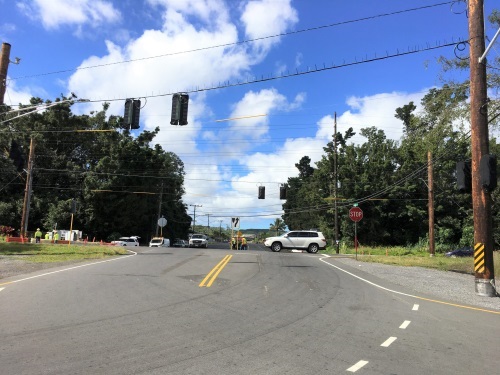 The Hawaii DOT is working with the Department of Transportation Services for the city and county of Honolulu to select the potential intersections based on crash history and site suitability and expects to have them selected by March.

Once it finalizes the 10 pilot locations for red-light cameras, the agency said it will begin installation of signage giving notice of the presence of automated enforcement, installation of the camera systems, training of personnel to review images captured by the systems, and issuance of warnings.

The Hawaii DOT has also selected Redflex Traffic Safety Systems, now owned by and operating as Verra Mobility, to install and support the red-light running pilot in Honolulu.

“Running red lights is a major contributing factor to urban crashes nationwide,” said Ed Sniffen, Hawaii DOT’s deputy director for highways, in a statement. “Our goal for the two-year pilot is to make our streets safer by changing driver behavior.”

Data analysis conducted by the AAA Foundation for Traffic Safety in 2019 indicates that red light running kills more than two people every day on U.S. roads.

That analysis is based on the most recent red-light running crash data, which showed 939 people were killed in red light running crashes in 2017 – a 10-year high and a 28 percent increase since 2012, the organization noted.

AAA added that about 28 percent of all motor vehicle crash deaths that occur at signalized intersections are the result of a driver running through a red light, with passengers or people in other vehicles representing roughly 46 percent of those killed in red light running crashes.

More than 5 percent were pedestrians or cyclists and just over 35 percent of those killed were the drivers who ran the red light, AAA added.