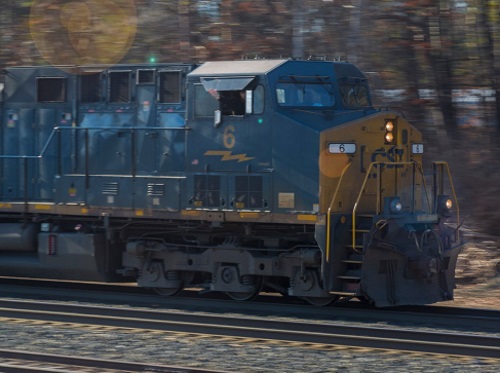 [Above photo by CSX]

Those 100 percent state funded grants – issued through the Passenger and Freight Rail Assistance Program or PFARP – complement the more than $100 million annually in private infrastructure investments made in New York by the freight rail industry, noted Governor Kathy Hochul (D).

“The infrastructure projects funded with these grants will further fuel our economic comeback with new construction jobs, while making regional economies more competitive in the long term and enhancing the movement of commodities in an environmentally sustainable way,” she noted in a statement.

The governor added that strategic investments in freight rail improvements “are essential” for maintaining and enhancing market access for manufacturing and agricultural businesses across the State, including Alcoa in the North Country Region, Corning in the Southern Tier Region, and Lackawanna Products in the Western New York Region.

This recent $76.4 million tranche of grants provides funding specifically for track and bridge rehabilitation, capacity expansion, procurement of cleaner rail equipment, and the modernization and expansion of rail infrastructure in freight yards and at seaport facilities.

“These targeted investments in rail will keep well-paying manufacturing jobs in upstate New York and ensure that goods are delivered efficiently, and in an environmentally sustainable manner,” she said.

Also in August 2021, the Kansas Department of Transportation provided 10 railroad projects statewide with more than $5.2 million via the agency’s Short Line Rail Improvement Fund Program. Adding in the 30 percent match required by each project participant and that total rail investment jumps to $7.4 million, the agency said.

That funding follows $5 million in grants awarded by the Kansas DOT in October 2020 to support 13 railroad projects.

In addition, in January 2022, Alabama, Connecticut, and Oklahoma began pushing forward on a variety of railroad development and safety programs. That includes Alabama’s effort to create the “A-USA Corridor” – a proposed $231.6 million program of railroad projects to upgrade economic development infrastructure in central and southern parts of the state.