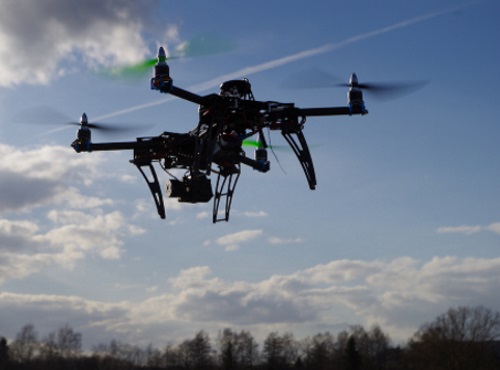 The Federal Aviation Administration plans to begin field-testing new drone-traffic-management capabilities this spring to better integrate them into the National Airspace System.

The field tests will include multiple drone flights in “realistic test scenarios” to learn more about how to manage drone traffic in varying environments, FAA said – examining how the latest capabilities and standards will work to support the operations in the real world.

The agency said in a statement that its UTM field test includes a set of services that are complementary to, but separate from, Air Traffic Management services for manned aircraft. Targeted toward small, unmanned aircraft operations in airspace, generally flying below 400 feet, the field tests “build on current rules and capabilities that enable airspace access and authorization,” according to the agency.

The agency said its UTM field test should provide “critical information” to support the development of new policies and for industry development of updated standards to allow drones to make routine flights beyond visual line of sight of the operators.

State departments of transportation are also involved in similar drone research efforts across the country.

For example, the Michigan Department of Transportation is one of several state agencies that will work with the Ontario Vehicle Innovation Network or OVNI to explore operating small drones beyond the line of sight of a pilot for just-in-time deliveries, medical transport needs, and other “small-scale” deployments.

The aeronautics division of the Massachusetts Department of Transportation recently began working with drone provider Skyports to demonstrate how drone services could link communities across the Cape Cod region.

MassDOT said it is investigating the use of drones as a solution to connecting its remote communities to everyday services such as healthcare and logistics, and in particular is looking to develop a capability to provide emergency medical delivery after storms or other natural disasters.

In addition, in July 2021, the North Carolina Department of Transportation completed two successful trial flights of a delivery drone from Hatteras to Ocracoke Island.

NCDOT’s Division of Aviation, in partnership with the NCDOT Ferry Division and U.S.-based drone logistics company Volansi, conducted the two eight-mile round trips that averaged 18 minutes of drone flight time each.

The drones took off from the Hatteras Village ferry dock and landed at the South Dock on the north end of Ocracoke Island and – to simulate a real post-storm emergency delivery operation – both flights carried small payloads.

The first delivered a small survival kit, space blankets and a chocolate muffin to Ocracoke, while the second delivered bottles of water, the agency said.