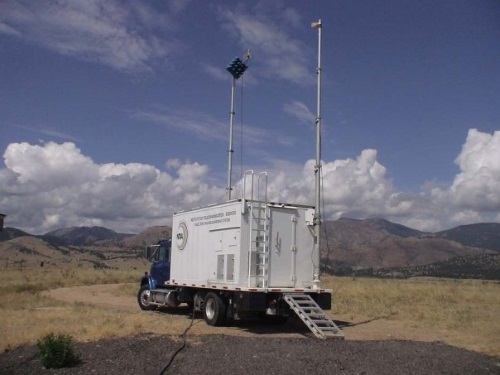 The Federal Communications Commission and National Telecommunications and Information Administration kicked off a new effort on February 15 to improve U.S. government coordination on wireless spectrum management.

[Above photo by the NTIA]

The new Spectrum Coordination Initiative will involve actions by both agencies to strengthen the processes for decision-making and information sharing, while working more cooperatively to resolve spectrum policy issues.

“Now more than ever we need a whole-of-government approach to spectrum policy,” said Jessica Rosenworcel the FCC’s chairwoman, in a statement. “Over the past few years we’ve seen the cost of not having one – and we need a non-stop effort to fix that.”

She added that this new initiative seeks to improve the two agencies’ ability to address gaps in governmental coordination in a number of ways:

Spectrum management is major issue for state departments of transportation – one that has put state DOTs at loggerheads with the FCC over the past several years.

For example, the American Association of State Highway and Transportation Officials and Intelligent Transportation Society of America are currently suing the FCC in D.C. Circuit Court over the need to preserve the entire 5.9 GHz wireless spectrum band for transportation communication needs – largely to help reduce vehicle crashes and improve safety on U.S. roads.

That lawsuit stems from the FCC’s decision in November 2020 to open up the 5.9 GHz band to non-transportation use – a decision opposed by all 50 state DOTs, the District of Columbia, and Puerto Rico represented by AASHTO, who went record against the FCC’s decision in an August 2019 letter to the agency.