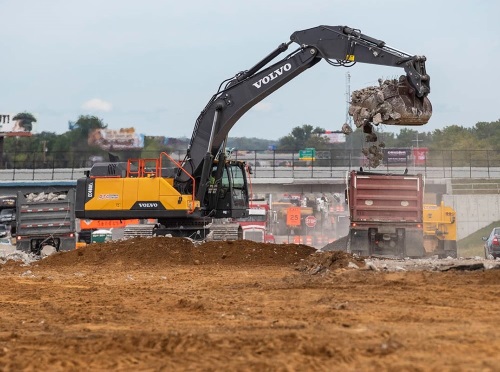 Michigan, Tennessee, Colorado, Louisiana, and Idaho are just some of the states planning for major investments in transportation infrastructure as part of their fiscal year 2023-budget proposals.

[Above image via the Michigan DOT]

For example, Governor Gretchen Whitmer (D) of Michigan seeks to invest $480 million in road and bridge construction for state and local roads, highways, and bridges in her budget proposal.

Meanwhile, the Tennessee Department of Transportation would receive $626.5 million as part of the FY 2022-2023 budget proposed by Governor Bill Lee (R).

Some $266 million of that proposed funding would go towards the state’s highway partnership program, with another $176 million earmarked for the state’s rural interchange improvement program.

“We have an obligation to future generations to invest in our roads and bridges and propel economic growth,” said Gov. Lee in a statement.

“Tennessee’s strong fiscal position allows us to make strategic investments in infrastructure and ensure progress on critical projects across the state,” he said.

“Tennessee is one of only five states with no transportation debt,” added Joe Galbato, Tennessee DOT’s commissioner. “We are excited and grateful for the additional funding that will no doubt keep us in good financial health and accommodate the ever-growing needs of our citizens.”

“We have a historic opportunity to improve life in communities across Louisiana, to fix problems relating to sewer and water which plague many of our cities and towns, and to strengthen critical infrastructure that will protect and support our state’s future,” the governor said.

In Idaho, Governor Brad Little (R) plans to invest $200 million in one-time funding for local bridges and $200 million in ongoing funding to cover “known maintenance gaps” in the state’s transportation infrastructure with no new taxes.

“The continued prosperity of our farmers, ranchers, and the folks who work in the woods depends on a safe, efficient system of roads and bridges,” Gov. Little said in his state-of-the-state address. “We cannot continue our record economic trajectory if our logging trucks can’t get across old bridges or we can’t get our farm products to market.”

The governor added that he is “unwilling” to put the safety of Idahoans and the maintenance of our state’s roads and bridges at the “whims” of the federal government.

Governor Michael Parson (R) or Missouri is taking a similar path, calling for major state investments in infrastructure in his proposed budget – including $75 million for Missouri’s transportation cost-share program, $100 million for low-volume roads across the state, and $400 million for drinking water, wastewater, and storm water systems.

In a statement, the governor also called for $400 million toward broadband expansion projects statewide – “the single largest broadband investment in state history,” he emphasized – that would connect 75,000 households, expand access to rural areas and underserved urban areas, and update and expand wireless networks across the state.

Finally, in Colorado, Governor Jared Polis (D) is pushing to tackle “transformational projects” in 2022 statewide in his proposed budget.

Those projects include fixing badly decayed bridges on I-70 in the Denver area at 32nd Street and Harlan Street; adding wider shoulders, a wildlife underpass, and better drainage systems to State Highway 13; and fixing deteriorated stretches of I-76 in the Eastern Plains.

“We have improved driver safety, fixed rural roads, delivered transportation projects on time and under budget and will carry this mission into 2022 to help save Coloradans money, create good jobs and continue growing our economy,” the governor said in a statement.

“Coloradans will continue to see our administration fix roads and bridges, reduce traffic, and provide more options for travelers in areas where people live, work and play in our beautiful state,” Gov. Polis noted.