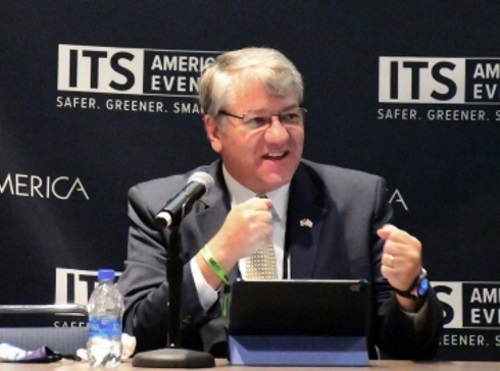 The Greater Orlando Aviation Authority of GOAA has officially named Kevin Thibault (seen above) – currently secretary of the Florida Department of Transportation – as its new CEO, signing him to a five-year contract. Thibault should start with the GOAA as CEO sometime in mid to late March.

“I feel confident that we have chosen the best of the very best to lead us toward the 22nd century,” said GOAA Chairman Carson Goodin in a statement. “Thibault will help lead the airport to new heights, with a focus on operational efficiency, flights to more destinations and the most enjoyable airport experience possible.”

In his new role, Thibault will oversee the Orlando International Airport and Orlando Executive Airport, including the final stages of the multi-billion dollar South Terminal C construction project as well as any future expansion plans by either airport.

Following his appointment, the American Association of State Highway and Transportation Officials named Thibault to a two-year term as chair of its Council on Water Transportation in August 2019.