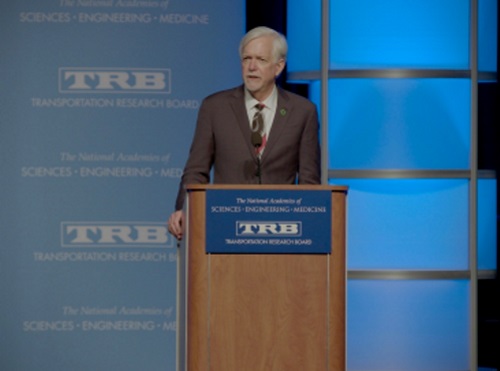 The American Association of State Highway and Transportation Officials recently released video of a Transportation Research Board panel discussion regarding the potential benefits of the $1.2 trillion Infrastructure Investment and Jobs Act or IIJA signed into law in November 2021.

Roger Millar – secretary of the Washington State Department of Transportation and AASHTO’s 2021-2022 vice president – served as the moderator for the panel, held during TRB’s annual meeting on January 11.

“The enactment of the IIJA represents a historic level of federal investment in transportation infrastructure – a level not seen since the creation of the U.S. highway network,” Millar explained during the session.

“For my agency, we are projecting receiving $200 million in additional annual funding from the IIJA. However, now, we are the dog that caught the car – we need to get that funding out there on the ground to help our constituents,” he said.

While Millar stressed it is “going to take some time to implement this,” the focus on IIJA implementation is to quickly and efficiency as possible deliver the benefits of this legislation “that people expect and deserve.”