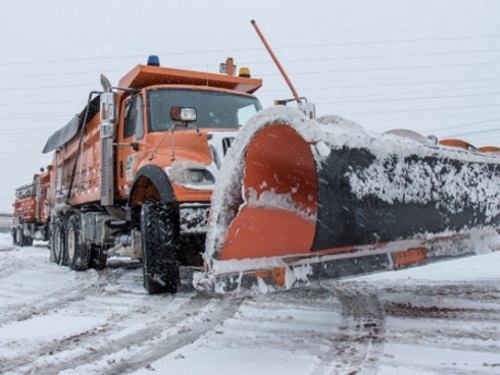 A new survey conducted by the American Association of State Highway and Transportation Officials finds that 84 percent of respondents indicated they are experiencing higher than normal vacancies of snowplow operators this winter season.

The survey, conducted during January and February, included responses from 31 state departments of transportation and 51 public works agencies from across the United States.

“The primary goal is to ensure the safety of the traveling public, but more importantly, we need to give police, fire, and EMS crews the ability to reach people during emergencies,” he added. “Unfortunately, this season, our survey shows that the shortage of snowplow drivers is making this critical work far more difficult.”

Transportation agencies rely on full-time employees, seasonal or temporary employees, and private contractors to operate snowplows. AASHTO’s survey found that 81 percent of those higher-than-expected vacancies were due to a lack of full-time employees. Of the remaining respondents, 44 percent indicated issues finding seasonal/temporary employees, and 31 percent indicated issues securing private contractors.

“The high vacancy rate of snowplow drivers has a profound impact on the ability of agencies to provide basic levels of service for the roadway networks under their jurisdiction,” said Rick Nelson, AASHTO’s snow and ice removal expert.

“When states and municipalities don’t have the number of drivers they need, something has to give. And, unfortunately, that often means making the hard choice to reduce the level of service citizens have come to expect,” he added.

Additionally, 15 percent indicated they are using tools such as “tow-plows,” which clear two lanes of traffic simultaneously, and public information campaigns to do more with fewer drivers and manage public expectations.

Those campaigns include “Name the Plow” contests, which many state DOTs are using to convey key winter safety messages as well as foster more connections with the public – especially children – regarding the importance of snowplows.

The Delaware Department of Transportation, for example, recent named three winners of its first-ever snowplow naming contest, which encouraged elementary school students statewide from kindergarten through fifth grade to submit entries in honor of the department’s snowplow operators and technicians.

The Wyoming Department of Transportation recently unveiled a “Top 10 List” of things that its snowplow drivers believe motorists need to understand when they encounter snowplows on the state’s highways during the winter. The list is also in response to the increased number of snowplows hit by motorists on Wyoming’s roads in recent years, the agency added.

Meanwhile, AASHTO’s survey also found that losing a snowplow driver has a year-round impact. In winter, operators need to be ready at all hours of the day and night to combat snow and ice.

Yet during the spring and summer months, their activities include operating dump trucks to perform routine road maintenance like patching and filling cracks in the pavement, guardrail replacements, and other manual labor.

A Commercial Driver’s License or CDL is required to operate a snowplow truck, and while the evidence is anecdotal, most survey respondents agreed that many CDL drivers are leaving state and local agencies for higher-wage jobs in the private sector.

As a result, some state DOTs are trying to attract and retain snowplow operators by offering mission-critical incentive pay, stipends, training programs for employees to get their CDL, walk-in interview events to eliminate the application process, and creative advertising for vacancies, including social media blitzes, AASHTO’s survey found.