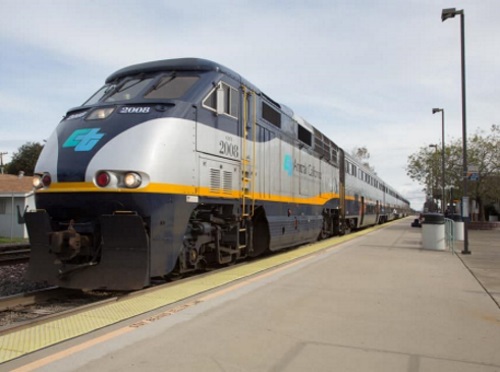 A new report by the Mineta Transportation Institute examines how transit-oriented development or TODs could be an effective tool to ease the housing affordability problem by increasing housing supply and reducing transportation costs in transit-rich neighborhoods.

According to the Federal Transit Administration, TODs include “a mix of commercial, residential, office and entertainment” centered around or located near a transit station – creating hubs that lead to the creation of “dense, walkable neighborhoods and communities.”

That MTI report – entitled Can Californian Households Save Money on Transportation Costs by Living in TODs? – used the confidential version of the 2010–2012 California Household Travel Survey to evaluate the impact of TOD on household transportation expenditures by comparing TOD households with two control groups.

MTI’s report also attributed about 35 percent or $429 of the annual savings to better rail transit access, while attributing the other 65 percent in savings to living in a transit-friendly neighborhood with higher land use density. That highlights the importance of integrating a rail transit system with supportive land use planning and neighborhood design, MTI said.

Although TODs cannot solve the housing crisis alone, MTI said that – based on its study – by building more housing in transit-accessible neighborhoods, communities can shift the cost of housing and transportation and make major changes in the years to come. TODs may be an important tool in improving the circumstances of the housing crisis in California and the nation while moving toward a more sustainable future, the firm noted.