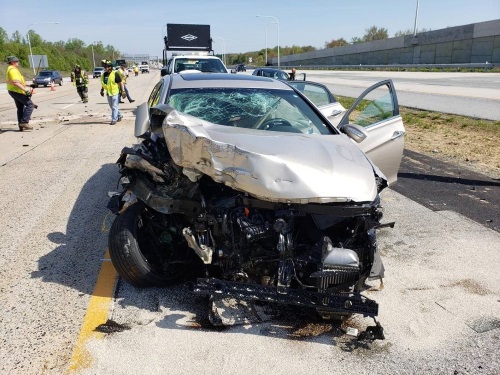 According to its latest annual traffic crash data, the National Highway Traffic Safety Administration said 38,824 people lost their lives in traffic crashes nationwide in 2020 – the highest number of traffic fatalities since 2007.

While the number of crashes and traffic injuries declined overall in 2020 compared to 2019 – by 22 percent and 17 percent, respectively – NHTSA said fatal crashes increased by 6.8 percent.

“The tragic loss of life of people represented by these numbers confirms that we have a deadly crisis on our nation’s roads,” noted Steven Cliff, NHTSA’s deputy administrator, in a statement. “While overall traffic crashes and people injured were down in 2020, fatal crashes and fatalities increased. We cannot allow this to become the status quo.”

NHTSA also provided a breakdown of its 2020 traffic crash data, noting that:

The U.S. Department of Transportation introduced a new comprehensive National Roadway Safety Strategy or NRSS during a press event at the agency’s Washington D.C. headquarters in January in part to address increasing traffic fatality numbers.

“We cannot tolerate the continuing crisis of roadway deaths in America,” Buttigieg said in a separate statement. “These deaths are preventable. We will work with every level of government and industry to deliver results, because every driver, passenger, and pedestrian should be certain that they’re going to arrive at their destination safely, every time.”

Buttigieg made the same points in a speech at the 2021 American Association of State Highway and Transportation Officials annual meeting in San Diego that highlighted the impending rollout of the NRSS.

He also referred to AASHTO and state departments of transportation as the “tip of the spear” in terms of improving highway safety during his remarks at the USDOT’s press event.

USDOT also noted that, as part of the NRSS, it is adopting a “Safe System Approach” to prevent vehicle crashes as well as the fatalities and injuries associated with those crashes.