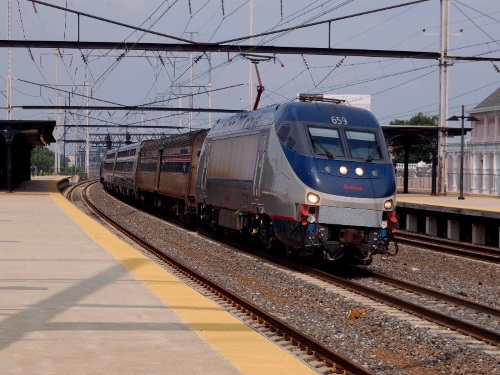 The American Association of State Highway and Transportation Officials is supporting the Federal Railroad Administration’s effort to establish a new “corridor identification and development program” to expand passenger railroad service in the United States.

However, in a letter sent to FRA on March 8, AASHTO emphasized that state departments of transportation and state-designated rail entities should be the agency’s “primary partners” in establishing new passenger rail corridors.

“Given the existing [state DOT] role in managing rail systems, [they] should lead in the development of the pipeline of projects that will serve local and regional communities while fitting within an effective planning program,” AASHTO said in its letter.

The organization added that FRA should consult with state DOTs for developing rail network plans – especially where Amtrak intends to operate a new passenger rail corridor – and on the preparation of service development plans or SDPs since state DOTs hold “key expertise” in such matters.

“Furthermore, state DOTs should be consulted alongside parties responsible for the implementation of SDPs and the operational cost of proposed corridors,” AASHTO added. “FRA should encourage clear communication from parties developing proposals, as state DOTs should also be enabled to facilitate partnerships with stakeholder parties in the preparation of SDPs.”

The organization also argued that to streamline and improve project delivery, states should receive opportunities to assume more federal responsibilities and the associated accountability.

The group also maintained that “flexibility” between state and local match funding remains “an important tool to support the development of rail programs across geographically and economically diverse communities, as well as to support state and local collaboration on rail projects.”

Other key points AASHTO expressed in its letter to FRA include: