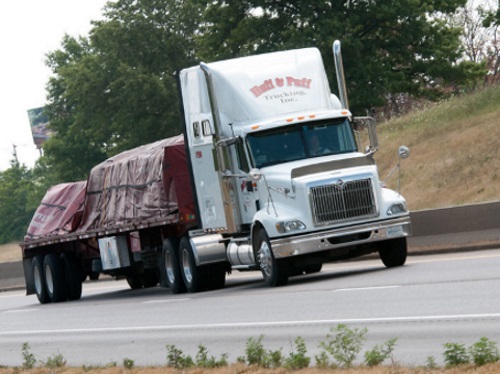 Those GHG revisions focus on “subsectors” of the transportation industry where “electrification is advancing at a more rapid pace,” the agency said, such as school buses, transit buses, commercial delivery trucks, and short-haul tractors.

[Editor’s note: The U.S. Department of Energy released a 69-page study on March 7 compiled by the National Renewable Energy Laboratory purportedly showing that, by 2030, nearly half of medium- and heavy-duty trucks will be cheaper to buy, operate, and maintain as zero emissions models versus traditional diesel-powered units.]

EPA Administrator Michael Regan noted in a statement that the proposed rule would help “chart a path” to increase the use of zero-emission models while reducing the exposure of communities comprised of “low income” residents and “people of color” to pollution that causes respiratory and cardiovascular problems, among other serious health effects.

Consistent with an executive order issued by President Biden in August 2021, the new proposed rule would reduce NOx emissions from trucks by as much as 60 percent in 2045, with benefits exceeding its costs by “billions of dollars,” the EPA said. Those potential benefits include:

The EPA added that this rulemaking effort is the “first step” in its longer-term “Clean Trucks Plan” – a series of clean air and climate regulations that the agency said it plans to develop over the next three years to reduce pollution from trucks and buses and to advance the transition to a zero-emissions transportation future.

Several states are creating similar emission reduction plans for vehicles, with state departments of transportation taking an active role in such efforts.

That proposed rule would require the Colorado Department of Transportation and the state’s five Metropolitan Planning Organizations to determine total pollution and GHG emissions increase or decrease expected from future transportation projects, while taking steps to ensure that total GHG emission levels do not exceed set reduction amounts.

Furthermore, the Colorado DOT – in partnership with the Colorado Energy Office and Colorado Department of Public Health & Environment – recently unveiled the daft of a “Clean Truck Strategy” that seeks to lower greenhouse gas or GHG emissions from heavy- and medium-duty vehicles by at least 45 percent statewide by 2050.

Meanwhile, in January, California introduced a $6.1 billion zero-emission vehicle or ZEV fiscal support package to accelerate the state’s transition to ZEVs and “fight climate change” in the process.

Combined with a $3.9 billion ZEV investment package signed into law in September 2021, California would ultimately outlay $10 billion to support broader ZEV deployment statewide. That spending also dovetails with an executive order issued by Governor Gavin Newsom (D) in September 2020 that requires that all new cars and passenger trucks sold in California by 2035 must be zero-emission vehicles.

Concurrently, the Maryland Transit Administration – a division of the Maryland Department of Transportation – is moving forward to implement the state’s new Zero-Emission Bus Transition Act, which mandates all new buses procured for the Maryland’s transit fleet be emission-free beginning in 2023.

The agency said it has committed to converting 50 percent of its bus fleet to zero-emission by 2030 while “seamlessly providing reliable, efficient service throughout the transition and beyond.”