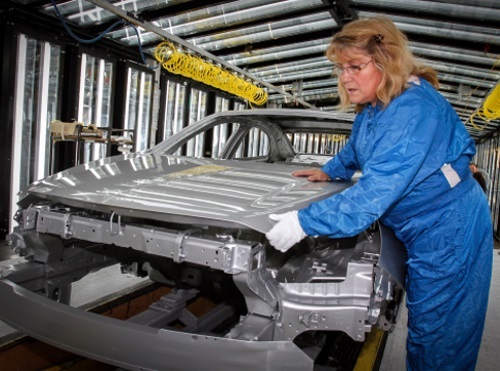 [Above photo by Susan McSpadden for Chevrolet]

NHTSA added that its new CAFE standards for model years 2024-26 should reduce fuel consumption by more than 200 billion gallons through 2050, as compared to the old standards.

NHTSA also emphasized, however, that “real-world fuel economy” is generally 20 to 30 percent lower than the estimated required CAFE level stated above, while also noting that actual CAFE standards serve as a “footprint” or “target” for passenger cars and light trucks.

That means ultimate fleet-wide levels would vary depending on the mix of vehicles that industry produces for sale in those model years.

The agency added that its final rule reflects a conclusion “significantly different” from the conclusion it reached in the 2020 final rule. However, this is because “important facts have changed” and because NHTSA has reconsidered how to balance the relevant statutory considerations in light of those facts.

NHTSA concludes that these significantly more stringent standards are feasible and that vehicle manufacturers can achieve them during the period covered by this new final rule.

Standards that are more stringent than those finalized in 2020 appear economically practicable, based on manageable average per-vehicle cost increases, large consumer fuel savings, minimal effects on sales, and estimated increases in employment, among other things.