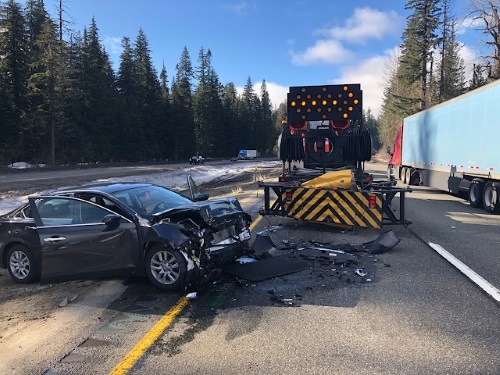 Across the country, state departments of transportation are preparing a variety of campaigns to support National Work Zone Awareness Week or NWZAW, which runs from April 11 through April 15.

The annual NWZAW campaign, now in its 22nd year, is a national public outreach effort that coincides with the start of the spring construction season for roadwork.

“National Work Zone Awareness Week was established with roadway workers in mind, but the statistics make it abundantly clear that everyone is at risk in work zones,” noted Stacy Tetschner, president and CEO of the American Traffic Safety Services Association, in a statement.

“The goal of this week is for motorists to slow when approaching and passing through roadway work zones so everyone makes it home safely,” he said.

The 2022 NWZAW Kickoff Event – scheduled for Tuesday, April 12 and also to be streamed live – will be hosted by the Virginia Department of Transportation at the Fort Monroe Continental Gazebo, which overlooks the Hampton Roads Bridge Tunnel Project.

Other state DOTs are holding a variety of NWZAW events as well. The Pennsylvania Department of Transportation co-hosted one such event on April 6 with the Pennsylvania State Police, the Pennsylvania Turnpike Commission, and the Associated Pennsylvania Constructors to urge motorists to slow down and pay attention in work zones.

“We are beginning another construction season,” noted PennDOT Secretary Yassmin Gramian in a statement.

“Too often this means hazards for the men and women who are delivering improved roads and bridges,” she said. “These workers deserve to get home safely. Please slow down and never drive distracted, especially in work zones where roadway conditions can change every day.”

According to preliminary PennDOT data, some 1,617 work zone crashes occurred in 2021, resulting in 15 fatalities. Additionally, since 1970, PennDOT has lost 90 workers in the line of duty, while the PA Turnpike has lost 45 workers since 1940.

[Editor’s note: A knowledge session held at the American Association of State Highway and Transportation Officials 2021 annual meeting examined how the use of “adaptable work zones” could help reduce work zone fatalities and injuries.]

“We are all responsible for work zone safety,” said New Mexico DOT Secretary Mike Sandoval in a statement. “In 2021 we lost a 22-year veteran worker to a work zone incident. It is critical for motorists to responsibly navigate through work zones. Everyone should arrive home safely, including the men and women working to improve our roadways.”

“The rise in roadway fatalities over the last two years is staggering; and if we are going to make progress, we must all take responsibility to improve safety in everything that we do when it comes to our roadways,” added Texas DOT Executive Director Marc Williams.

“Our collective efforts to shine a light on work zone safety are urgent,” he said. “We want everyone to get home safely.”

Texas DOT noted in a separate statement that work zone crashes in Texas claimed the lives of 244 people in 2021, a 33 percent increase over 2020. Drivers and their passengers accounted for the majority of those deaths – 195 – along with 38 pedestrians, four bicyclists, and three roadside construction workers.

Since February, the Arkansas Department of Transportation has worked with the Arkansas State Police and Arkansas Highway Police within the “Slow Down, Phone Down” campaign to crack down on reckless and distracted driving in work zones statewide.

“Even one injury in a work zone is one too many,” noted Arkansas DOT Director Lorie Tudor in a statement.  “We can all do our part to reverse this trend.”

The Washington State Department of Transportation noted a similar disturbing trend developing over the last two years, highlighted by a spate of work zone crashes in March this year, including one on Interstate 5 in Tacoma that left two WSDOT contractors severely injured.

“While March seemed to have a spike in serious collisions, it continued a trend we’ve seen since the COVID pandemic began in early 2020,” the agency noted in a blog post.

“Since that time, while the total number of crashes dropped, the seriousness of them increased, and it’s a worrying trend as we head into warmer months when we expect more people to be on the roads,” WSDOT said. “The truth is most drivers do drive safely. Unfortunately, it only takes one bad decision to lead to tragedy.”